LowKickMMA.com
Home UFC News Nicco Montano Reveals How She Found Out UFC Stripped Her Of Flyweight... 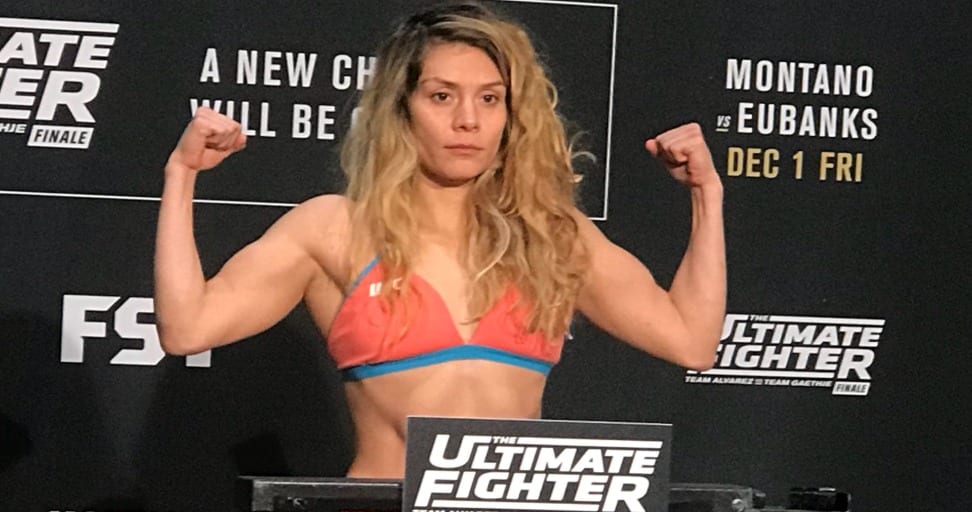 Initially, Nicco Montano was scheduled to defend the UFC women’s flyweight championship against Valentina Shevchenko. Unfortunately, Montano was unable to make it to the fight due to complications from her weight cut.

Montano was hospitalized the morning of early weigh-ins, the day before the fight, and was pulled from the contest by UFC doctors. UFC President Dana White was frustrated by the entire situation.

In an interview shortly after the entire ordeal became public, he announced Montano had been stripped of the UFC women’s flyweight title. That was news to Montano, who found out the promotion stripped her via Instagram.

She told Luke Thomas the following in a recent appearance on The MMA Hour (quotes via MMA Mania):

”I was going through Instagram and I saw an interview with Dana White saying the title has been stripped,” Montano said. “I was getting out of the hospital and I was like, ‘Alrighty, then.’

“Like I said from the get-go, it’s kind of understandable that they want to get things rolling, it’s just sad that they have to do it on behalf of my health.

“And I suppose I could have said no to the fight in September and get stripped then anyway. But I still would have looked like I was scared or something and I already had a bunch of people on the internet being crazy.

“So I just wanted to show people that I was making an effort and being proactive by taking this fight, knowing that it was going to be up in the air about making weight, and that was going to be the biggest issue.

”It was definitely pretty sad. It was disheartening. I didn’t want to have anything to do with the UFC for a bit after that, my short temper was like, ‘Eff this, you just almost died for a company that doesn’t even call you to see if you’re alive?’

”It’s still pretty disheartening as far as what’s going to happen with my career.

White has since said that he will grant Shevchenko a shot at winning the vacant 125-pound title. In fact, he already has an opponent in mind for her.

Fans have speculated that name could be former UFC women’s strawweight champion Joanna Jedrzejczyk. That has yet to be confirmed as of this writing.