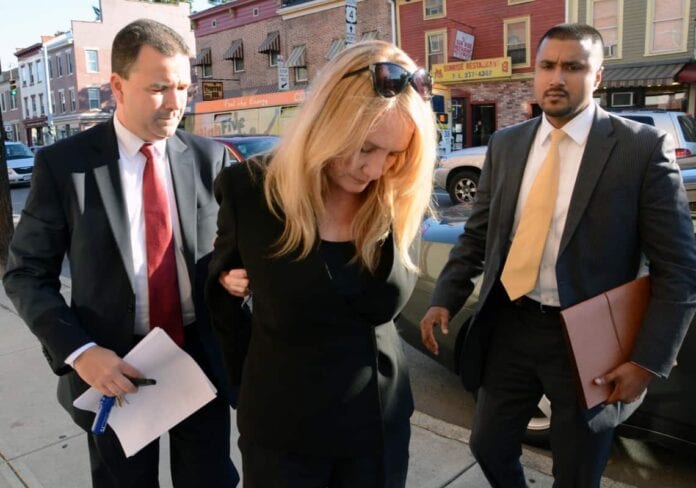 Mixed martial arts (MMA) is one of the fastest growing sports in the world, as events now take place in many countries around the world, and in most of North America except for one state that is. MMA has been legalized in every state in the United States except for New York, the Empire State.

The UFC as well as pro-MMA Assembly officials were extremely optimistic that the sport would be legalized this year, but once again, the vote did not reach the floor, and it seems as if there has also been some corruption involved in the fight to legalize the sport.

Timesunion has reported that Halfmoon Town Supervisor and Saratoga County Board of Supervisors member Melinda Wormuth has plead guilty to accepting bribes in 2013 regarding the legalization of the sport, and to make matters worse, the money came from an FBI agent claiming to be a backer of the bill. In exchange for the money, Wormuth wrote numerous pro-MMA letters, and attempted to construct a meeting in which the topic would be discussed.

Wormuth has since been arrested, and could potentially face up to one year in prison, or have to pay back the bribery earnings as well as an additional $7,500.

Attorney Richard S. Hartunian spoke up on the topic, stating that Wormuth put her own interests ahead of the public’s which is simply unacceptable:

“This is yet another instance of an elected official who put her own interest ahead of the public’s. That is unacceptable at any level of government, whether in our state Capitol or in the counties and towns within the Northern District of New York.”

Corruption definitely seems to be an issue within the New York State Government as Assembly speaker Sheldon Silver, who was publicly anti-MMA in New York, was also arrested last year for corruption.

With problems within the Government and the Assembly, will we ever see the great sport of MMA in the Empire state?