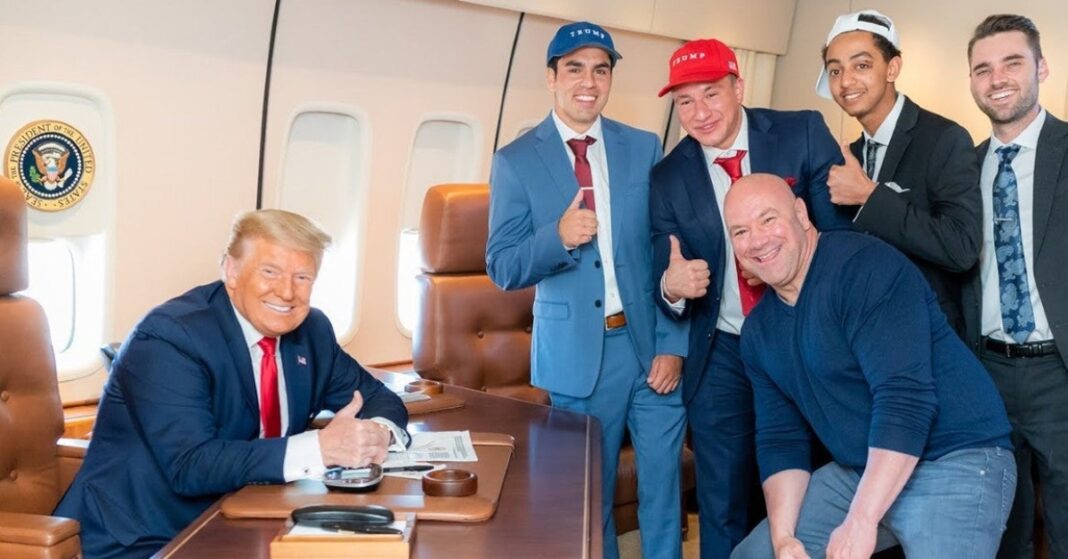 YouTube content creators, the Nelkboys are reportedly set to travel with UFC president, Dana White to an upcoming Dana White’s Lookin’ For A Fight taping at a professional mixed martial arts event in Kansas City, Missouri – where they will sign their own fighter to the promotion, before finding themselves sponsored by the YouTubers.

White, who has appeared on the creator’s podcast, Full Send on multiple occasions over the course of last year, will reportedly travel to an event in Kansas City with the Nelkboys, who will then be given the opportunity to choose a fighter to be signed by to the Ultimate Fighting Championship.

“Dana White says they (the UFC) are working on having The Nelkboys come to Kansas City for the next Lookin’ For A Fight,” Twitter user, Jed I. Goodman tweeted. “The Nelkboys will pick their own fighter. They will sign him. He’ll get into the UFC and he will be sponsored by Nelk.”

Last year, Nelkboys member, SteveWillDoIt infamously travelled to Las Vegas to the headquarters of the UFC, where he gifted promotional president, White, a custom-built Maybach wrapped in a Howler Head motif.

News of the content creator’s opportunity to sign a regional prospect to the UFC has received both positive and negative feedback across social media, with one user describing the decision as “asinine” – and claimed the fighter who will be signed will forever be known as a product of the Nelkboys rather than having their career’s reviewed on their own merit.

Another user claimed that the fact the group has a large social media following will bring attention to said fighter, which would, in turn, benefit their career under the UFC’s banner.