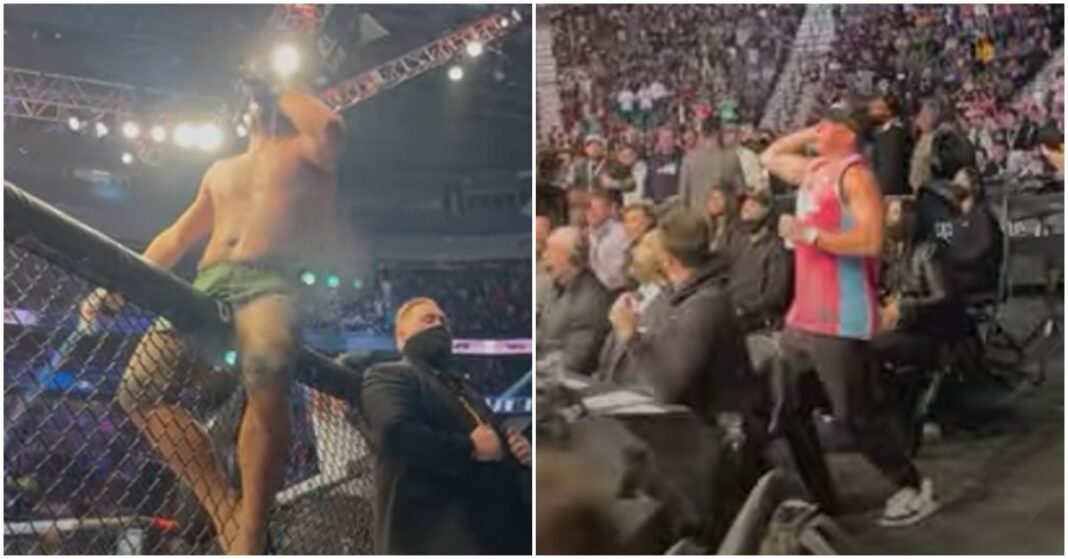 Tai Tuivasa extended his win streak to four and picked up perhaps the biggest win of his career at UFC 269, knocking out #11 ranked heavyweight Augusto Sakai.

The Aussie puncher then hopped the cage and downed a beer from a shoe after his second-round KO win.

Popular YouTuber SteveWillDoIt was the man on hand to provide Tuivasa with a much-need trainer to drink his beer out of.

During his post-fight press conference, Tuivasa was miffed at a party pooping security guard who refused to let him engage with fans during his exit from the arena. ‘Bam Bam’ revealed he has something of a bust-up with the unknown man.

“I got pushed out of there (the arena) pretty fast and (I) had a bit of an altercation with one of the officials. So, hopefully, don’t do that again, please,” Tuivasa revealed.

“I understand he’s doing his job but he wasn’t a UFC worker or anything. To be honest, I don’t know what he was. He just pushed me out of (the arena),” Tuivasa added. “You know, my fans come to watch me knock people out and do f*cking shoeys. I felt like he was pushing me out of there and trying to tell me how to do my job when I don’t tell him how to sign gloves and shit.”

Do you look forward to Tai Tuivasa’s post-fight shoey?