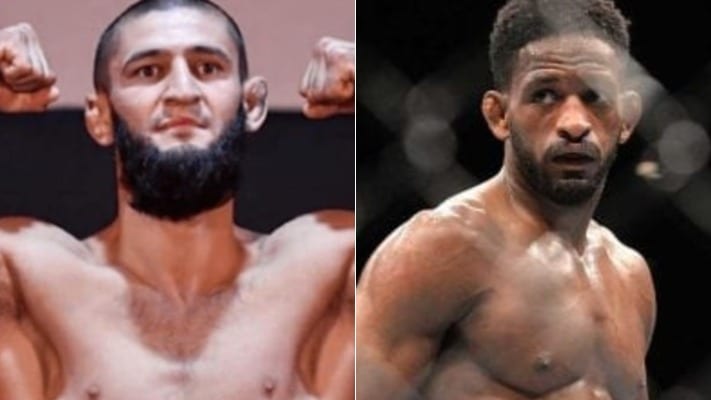 Neil Magny has offered to to be rising star Khamzat Chimaev’s next opponent.

Chimaev has enjoyed a meteoric rise since debuting for the UFC on short notice back in July. Fast forward to September and he is already 3-0 with dominant finishes in all his fights so far, including a recent 17-second first-round knockout against Gerald Meerschaert last weekend.

Many observers believe Chimaev is aleady ready to make the next step up and face a ranked opponent while some even believe he can cause champions such as Kamaru Usman and Israel Adesanya problems.

For his part, Chimaev has been eager to face Adesanya and earlier today, even called for a fight with him after the latter’s performance at UFC 253 last night.

With Chimaev asking the UFC to give him “the skinny guy,” Magny has instead suggested another skinny guy for “The Wolf” to face — himself.

“Y’all are going to learn to respect the “skinny” guys, @ufc let’s give the man what he asked for,” Magny tweeted.

Magny would post soon after revealing that a November date is what works best for him.

“What’s the hold up? I’m ready to scrap any day in November 🤷‍♂️ @ufc“

UFC president Dana White recently revealed Chimaev was offered to Stephen Thompson but that the latter was more interested in facing Leon Edwards.

Magny is a ranked opponent and would certainly be a good test for Chimaev to further prove he belongs at the top of the welterweight division. Magny is 3-0 in 2020 and is coming off a dominant unanimous decision win over former champion Robbie Lawler.

Would you want to see this fight next?