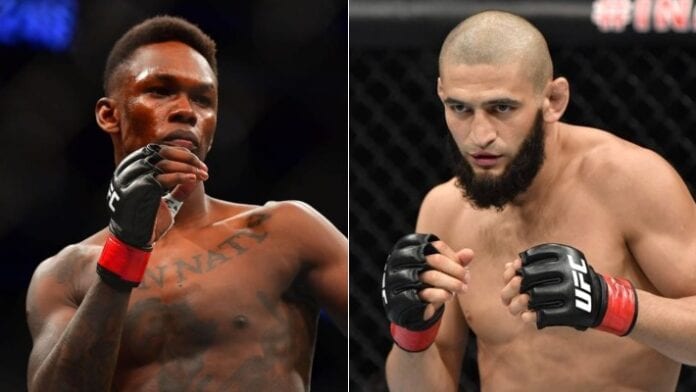 Khamzat Chimaev has made it clear — he wants Israel Adesanya next.

And his performance has only made Chimaev want to face him even more now rather than gradually build his way up to a title shot.

“Give me the skinny guy,” Chimaev wrote on Instagram after the fight.

“Borz is ready for the hunt and grab what belongs to him. @stylebender I am ready, make this happen @ufc @danawhite @seanshelby @mickmaynard2,” Chimaev tweeted later on Sunday.

Chimaev has already gone back-and-forth with Adesanya in recent weeks after revealing his ambitions to become a champion at both welterweight and middleweight.

However, despite Chimaev’s impressive 3-0 start in the UFC — having most recently knocked out Gerald Meerschaert in just 17 seconds last weekend — he will likely have to face a few ranked opponents before getting a crack at the title.

For now, “The Wolf” has been offered to Stephen Thompson so it looks like his next fight will be in welterweight for the time being. However, if he continues his winning run and Adesanya remains champion for the foreseeable future, a fight between the two would certainly be a highly-anticipated one.

What do you think of an Adesanya vs. Chimaev fight?