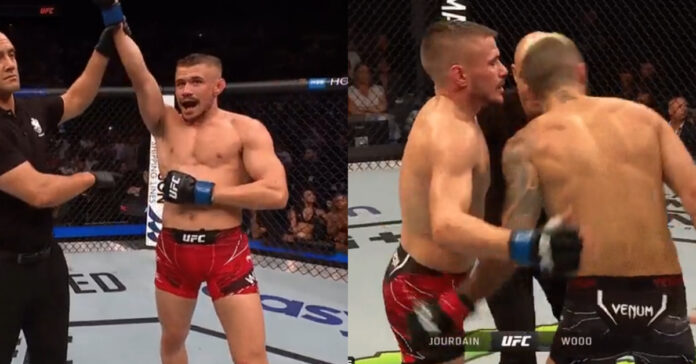 Nathaniel Wood put on a dominant display to defeat Charles Jourdain in the opening bout of the main card at UFC Paris.

After a rocky last five outings under the banner, winning two and dropping two, Wood returned to take on Charles Jourdain on the main card of UFC Paris this Saturday at Accor Arena for the promotion’s debut event in France.

Jourdain looked sharp from distance in an exciting affair that saw high-volume action from both men. Wood appeared to get out struck before landing a huge shot that wobbled Jourdain in the first round. Wood asserted his dominance in the second round but Jourdain held his own to keep it competitive.

Below, catch the highlights from Nathaniel Wood vs. Charles Jourdain