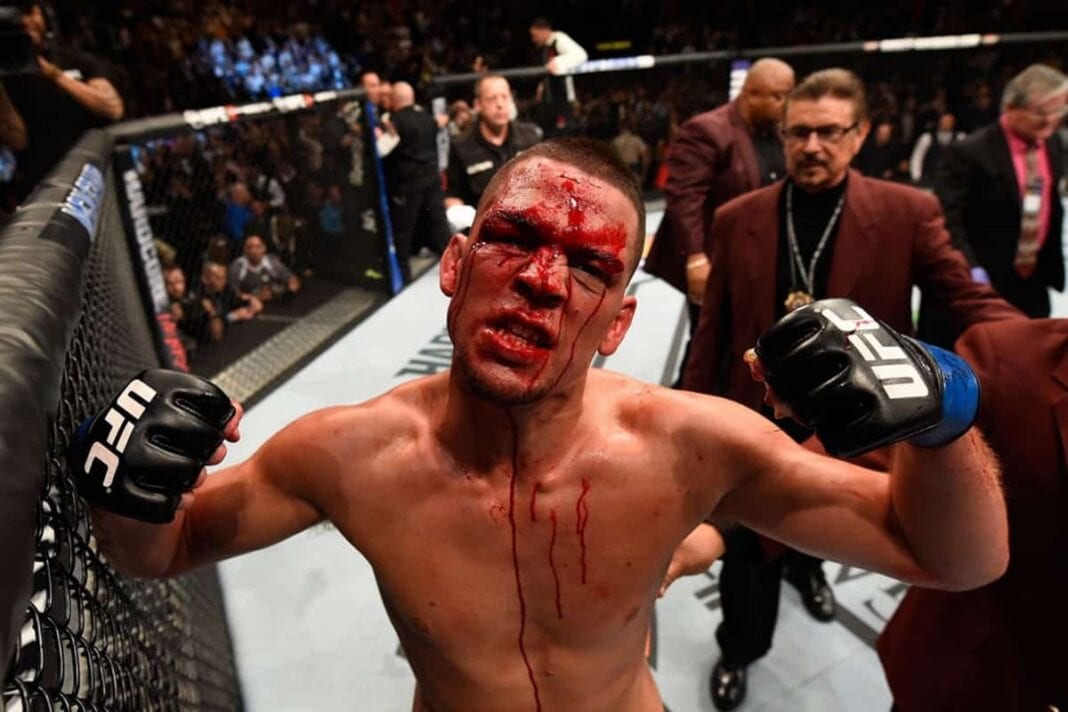 Regardless of the outcome of his unprecedented fight at UFC 263, Nate Diaz believes his title shot is coming soon.

Diaz (20-12 MMA, 15-10 UFC) is making his much-anticipated return to the octagon this weekend against Leon Edwards (18-3 MMA, 10-2 UFC) for UFC 263 at the Gila River Arena in Glendale, Arizona. In an event stacked from top to bottom with great fights, the matchup will make UFC history as its first non-title, non-main event in the promotion’s history.

Diaz is easily one of the most beloved and recognizable faces in the sport. So satisfying his desire for a five-round fight was a no-brainer for the UFC. A perennial fan favorite, his fan base is massive, with 4.8 million Instagram followers and 1.7 million on Twitter. Diaz recently sat down with Rolling Stone and reflected on his success.

With the aura of a main event, we are sure to see fireworks when Diaz and Edwards enter the octagon. Considered by many as one of the most dangerous fighters in the division behind Usman, Edwards is the real deal. Having amassed an eight-fight win streak leading up to the event, the matchup will not be an easy task for Diaz. Oddsmakers considering him a moderate underdog.

Still, Diaz believes that he will take what he wants by defeating Edwards and shocking the world.

“He’s the top guy, he’s the guy who has been beating everybody, so why wouldn’t I fight the best guy?” Diaz said. “It’s impressive when somebody can win that many times in a row in the big show… He knows how to win and he knows how to get it done, so it’s going to be a serious, but not serious fight. I gotta kill the motherf*cker.”

It’s a tall task for sure, but for Diaz, win or lose, he still wins.

“I don’t care if I lose, I’m (still) fighting for the title,” Diaz said. “The plan is win here and then we’ll see who’s next for me. … I’m rolling with the punches right now, but whatever I’m going to do it’s going to be bigger than anything anybody is going to do.”

Does Nate Diaz get a title shot regardless of the outcome at UFC 263?