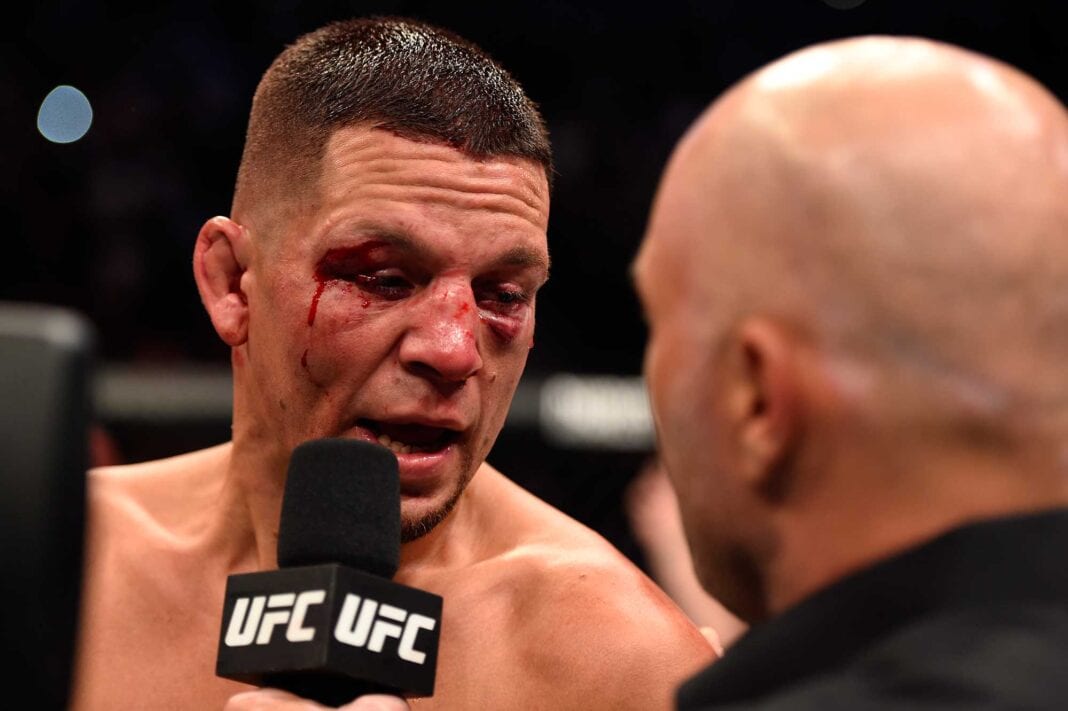 Nate Diaz claims Dustin Poirier isn’t down to fight him at 165 pounds.

The returning Diaz recently boasted on social media that he was fighting Poirier in the new 165-pound “superfighter devision” at November 3’s UFC 230. Poirier quickly wrote back and said he had earned his first UFC title shot.

But UFC President Dana White was quick to debunk those notions. White said the creation of an oft-discussed 165-pound division “was the farthest thing from the truth.” You can probably take those words with a grain of salt. Regardless, Diaz will still make his long-awaited return against Poirier at UFC 230 from Manhattan. He appears to be in excellent physical shape as he prepares to finally fight again.

Or so we thought.

Diaz recently tweeted that Poirier was no longer down to fight him at 165 pounds, so he would see his fans next year:

‘The Diamond’ wasn’t having any of that, however, quickly replying that he was ‘100 percent down’:

Diaz kept the pressure on the UFC to make the 165 division later on in the night:

Poirier is rarely one to back down from a fight. He’s been on an absolute tear ever since he ditched the draining weight cut to featherweight and is on the cusp of a 155-pound title shot.

Both he and Diaz are lobbying hard for a 165-pound title bout at UFC 230. It doesn’t appear to be in the UFC’s plans, at least for the time being.