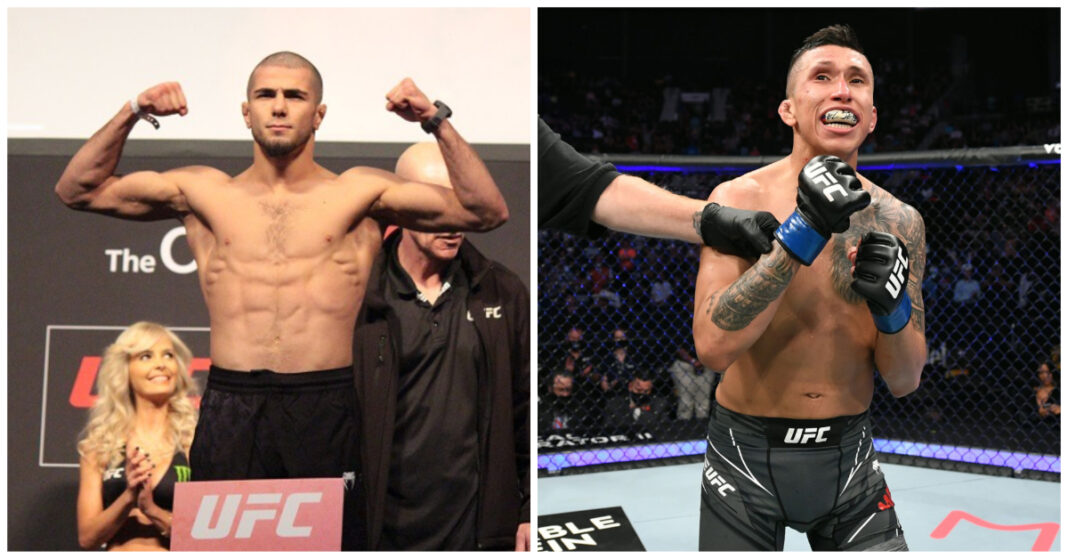 The UFC caught the attention of many around the MMA world when they signed undefeated prospect, Muhammed Mokaev. The Dagestani-born Mokaev is a former two-time IMMAF world champion and finished his amateur career boasting an impressive 23-0 record.

As a professional, Mokaev, who fights out of the UK has been just as potent- only turning pro in August of 2020, ‘The Punisher’ has already amassed a 5-0 record, one of which was under the UFC banner.

When signing for the UFC, matchmaker Mick Maynard had this to say about Mokaev, “Muhammad is a flyweight I had been keeping an eye on for quite some time,” Maynard said. “He is undefeated, dynamic and very charismatic. Mohammad sees himself as a flyweight Khabib. He is a perfect fit for this young, fun division.”

The 21-year-old Mokaev, who is the youngest fighter on the UFC roster, already has a fight booked for July 23, but is already looking for his next bout. Taking to Twitter, the six-time British wrestling champion directly called out Jeff Molina, another rising star in the flyweight division.

Molina himself is no slouch, the Dana White Contender Series graduate has seen himself amas an impressive 3-0 UFC record. The 24-year-old most recently earned a hard-fought win over Zhalgas Zhumagulov this past weekend. ‘El Jefe’ also grabbed headlines for wearing the rainbow color on his shorts in support of the LGBTQ community, which led him to receive an abundance of abuse.

As for Mokaev, if he becomes half the fighter many believe he will, he will be a force to be reckoned with in the UFC for quite some time, but for now, he must concentrate on the task ahead in the form of UFC debutant Charles Johnson.

Would you like to see Muhammed Mokaev vs. Jeff Molina?