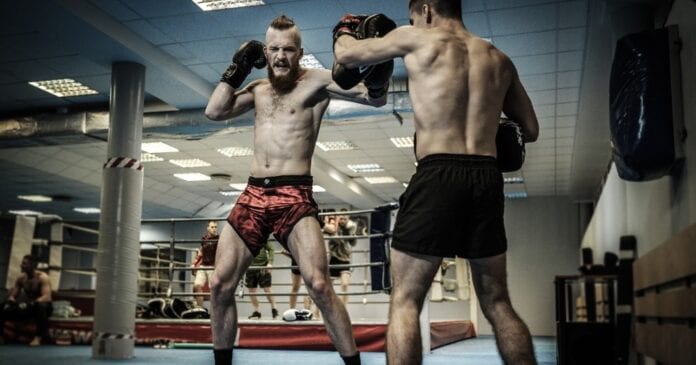 While Muay Thai is world-famous as being the “Art of Eight Limbs,” it would not be the sport it is without punches.

Boxing is such an integral part of the sport, which renders any fighter limited with their hands as often at a disadvantage. Many of the true legends of Muay Thai were known for their technique, overall ability, and explosive power with their fists. Fighters such as the legendary Samart Payakaroon, Veeraphol Sahaprom, and Saensak Muangsurin even attained great success when transitioning from Muay Thai to boxing.

It is indisputable that taking excellent boxing fundamentals into the ring can help a fighter no end.

Rather than exhibiting the power of a Gennady Golovkin, the technique of Sugar Ray Leonard, or the hand speed of Amir Khan, sometimes doing the basics right can be the way forward.

The most basic punches in boxing can be applied to Muay Thai, but it is important to understand that not all will be suitable. This is due to teh discernible differences between both sports: in Muay Thai, kicks, teeps, elbows, and flying strikes can counter a flashy uppercut or sloppy hook in devastating fashion.

The punches fighters should be studying are those embedded into the “Sweet Science” as the bread and butter of defense and attack.

These are as follows:

However, while boxing strikes are limited to punches, Muay Thai is not. This makes the jab very important but not something – if mastered – will ensure dominance (unlike in boxing). For Muay Thai newbies, there is no doubt that an instructor will strongly emphasize perfecting the jab.

A jab is thrown from the lead hand. It is a punch which can be used to direct your opponent where you want them to go, as a precursor to a cross, or as a way to keep them on the back foot. It has numerous offensive and defensive benefits, which means it is an essential skill to learn in Muay Thai.

Throwing a jab should always be done with defense in mind. Always keep your rear hand over your chin to protect yourself from a counter punch.

The cross (or straight) is a power punch thrown from the rear hand.

In Muay Thai, it is one of the most common punches you will encounter. This makes it extremely important to know how to defend against, especially if you are planning on throwing a lot of jabs. As there are many fighters in Muay Thai who are not as proficient with their hands as they are with their legs, the cross can be one of the best weapons to take into a fight.

The cross can be thrown to counter an opponent’s jab, or quite simply, to get the job done. It is the best way to land a power punch on an opponent from the outside and can work excellently when thrown before or after a low kick. You can mix it up – or throw it into – basic punch/kick combinations.

An excellent way to throw a cross is to first feint or throw a body punch. This will lower a fighter’s guard, creating an opening for you to land this shot.

The hook can be thrown by either the lead hand or rear hand.

Throwing a lead hook can often be a great way to catch a tricky opponent with good movement, providing you lead them into a trap. It is easily executed and can be thrown in a leaping fashion, once your technique is strong enough. Although it is arguably the hardest punch to master, it is popular in Muay Thai nonetheless.

A hook thrown from the rear hand will generally be more difficult to disguise but can be a knockout shot in many cases. It is typically thrown in closer quarters, as it does leave a fighter open to counters if mistimed or executed sloppily.

A hook to the body can be an excellent way to finish a fight. You can first throw a hook to the head, before stepping back and slamming a shot into the opponent’s ribs.

Those who reject the notion of the hook being the strongest punch in Muay Thai will usually argue that it is, in fact, the uppercut which rules.

It is also the toughest punch to land, given the skill and timing it takes to master the shot. In close-quarter combat, the uppercut can be a devastating and brutal shot, but it extremely difficult to land from the outside. Muay Thai practitioners should dedicate time to practicing the hook but should also understand that throwing this punch does leave them particularly susceptible to front kicks and elbows.

To throw an uppercut, you must ensure that you can generate upward motion without compromising your defense. You must first pivot, before shifting weight to the side of the body you are punching from, before lifting up with a looped arm through the chin or jaw of your opponent.

It is an old adage but one which is never wrong. Ensure you are practicing these shots on a regular basis, with bag work and frequent sparring sessions. In Muay Thai, you cannot afford to be left behind.