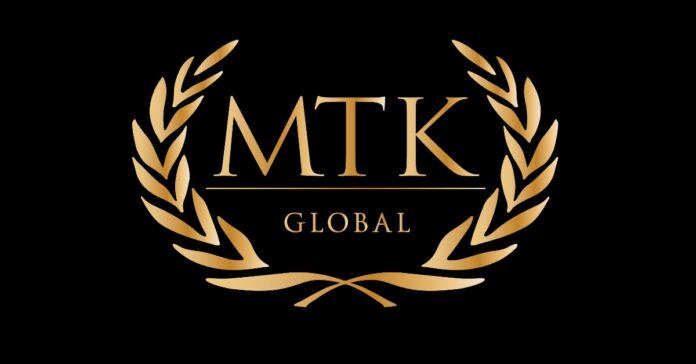 MTK Global, a boxing and mixed martial arts management firm founded by ruptured cartel boss, Daniel Kinahan as well as former professional boxer, Matthew Macklin – have confirmed this Wednesday lunchtime that they are ceasing operations at the end of April.

In a lengthy statement released this hour, the management firm once more denied its links with alleged drugs baron, Daniel Kinahan – claiming that the Dubliner had stepped away from the firm in any capacity since 2017, insisting that since his sanctioning earlier this week, they have been met with “unfair scrutiny” and “criticizm”.

“As a business, we have faced unprecedented levels of unfair scrutiny and criticism since the sanctioning by the US Government of Daniel Joseph Kinahan,” the official MTK Global statement read.

“It is a matter of public record that Mr. Kinahan’s involvement in MTK Global ceased in 2017, and despite repeated reassurances in this regard, unfounded allegations about his ongoing association with us and our fighters persist.”

“Since leading promoters have now informed us that they will be severing all ties with MTK and will no longer work with our fighters, we have taken the difficult decision to cease operations at the end of this month.”

“MTK prospered because we always put the long term interests of our fighters at the heart of what we do. Our priority in the weeks ahead will be to ensure that our world class boxers are supported to find new partnerships as swiftly as possible.”

“MTK gyms are operated independently so will remain open for the foreseeable future. Further announcements will be made in due course.”

“Thank you to all fans who have supported us over the last decade.”

MTK Global co-founder, Daniel Kinahan was sanctioned by the US Government last week

Last week, the United States Department of the Treasury as well as the Office of Foreign Assests Control issued sanctions against Daniel Kinahan, his father, Christopher Kinahan Sr. and his brother, Christopher Kinahan Jr. – and placed a bounty of $5,000,000 on each member for information which would lead to the financial disruption of the transnational Kinahan Organized Crime Group (KOCG), or the arrest and conviction of it’s leading members. Daniel Kinahan was previously named in the Irish High Court as the manager and controller of the Kinahan Organized Crime Group.

At the time of their ceasing of operations, MTK Global represent numerous, prominent fighters in both professional boxing and mixed martial arts.

Amongst those represented by MTK Global are current WBC heavyweight boxing champion, Tyson Fury, UFC middleweight contender, Darren Till, as well as UFC welterweight, Mounir Lazzez to name a few.

Ahead of Fury’s heavyweight title defense against Dillian Whyte this weekend at Wembley Stadium, he insisted that any relationship he had with Daniel Kinahan was nobody else’s business.

Following UFC Vegas 51 last weekend, MTK Global managed, Lazzezz issued a shout out to Daniel Kinahan, thanking him for his advice during his professional career, and labelled him a “brother” and “advisor”. Lazzezz insisted when pressed on the issue of issuing a callout to a reputed cartel leader, that he was not aware of sanctions imposed against Daniel Kinahan.