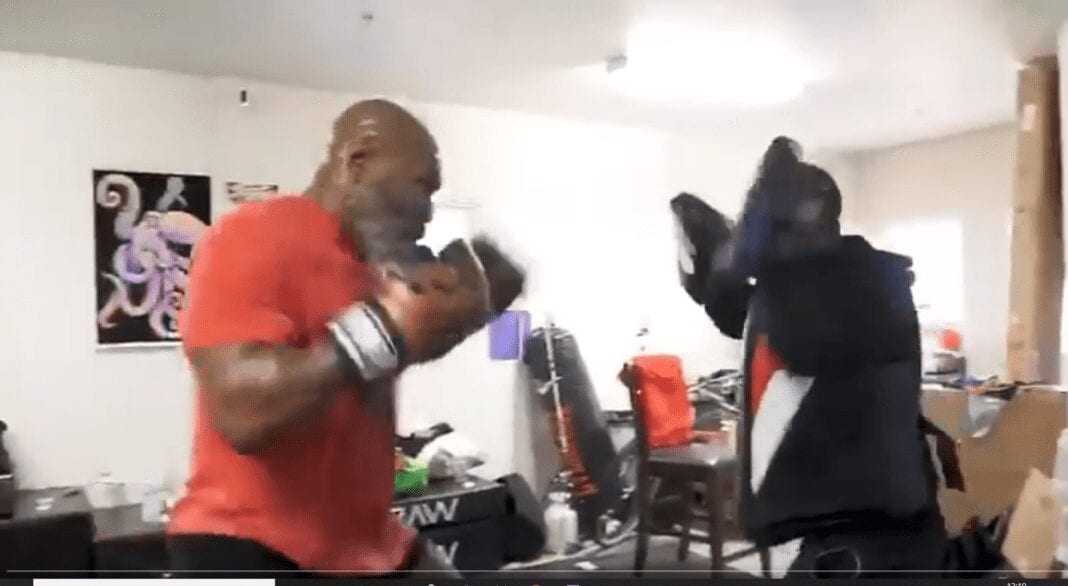 Earlier this week heavyweight boxing legend Mike Tyson showed he’s still got it despite being 53 years of age.

Tyson posted a clip to social media which quickly went viral. ‘Iron Mike’ can be seen hitting pads and it’s clear he’s still packing one hell of a punch. Check out the video below.

UFC commentator Joe Rogan was clearly impressed by the video and shared it on his Instagram page while captioning the post: “OH SHIT!!! Don’t get me excited about this!!!

Unbeaten lightweight champion Khabib Nurmagomedov was just as inspired by the video, replying to the post from Tyson whit the following. “Can’t believe, this is another level.”

Tyson previously revealed he has begun preparations for a boxing comeback which will see him partake in a few exhibition bouts, he said.

“I’ve been hitting the mitts for the last week. That’s been tough, my body is really jacked up and really sore from hitting the mitts. I’ve been working out, I’ve been trying to get in the ring, I think I’m going to box some exhibitions and get in shape. ‘I want to go to the gym and get in shape to be able to box three or four-round exhibitions for some charities and stuff. ‘Some charity exhibitions, make some money, help some homeless and drug-affected motherf*ckers like me.

“I do two hours on cardio, I do the bike and the treadmill for an hour, then I do some light weights, 300, 250 reps. ‘Then I start my day with the boxing thing, I go in there and hit the mits, 30 minutes, 25 minutes, start getting in better condition. ‘I’m starting to put those combinations together. I’m in pain, I feel like three guys kicked the s*** out of me.”

Are you impressed by how good 53-year-old Mike Tyson looks hitting pads?