LowKickMMA.com
Home UFC News Mike Perry To Auction Off A Place In His Corner For UFC... 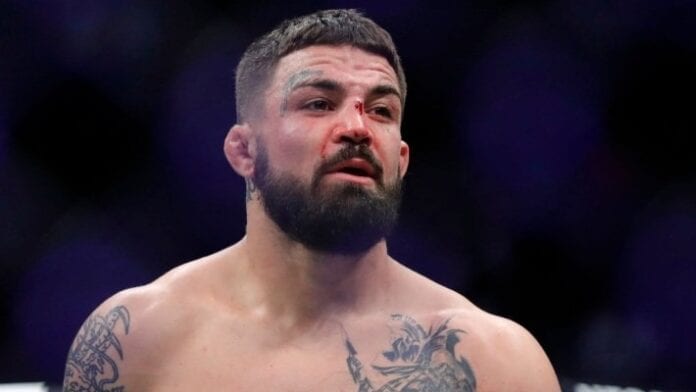 UFC welterweight Mike Perry is selling a place in his corner for his next fight to the highest bidder. ‘Platinum’ is due to face former 170lb champion, Robbie Lawler, at UFC 255 in November.

Perry hasn’t been seen in action since he beat Mikey Gall by unanimous decision, snapping a two-fight losing streak at UFC Vegas 4 back in June. For the fight, Perry took the unusual step of opting against having a traditional corner team and instead relying on his girlfriend to give him advice between rounds.

It seems that Perry is willing to add one more person to his corner team for his fight with Lawler, provided the price is right. The welterweight power puncher took to social media yesterday to announce a place in his team will be auctioned off to the highest bidder.

After his last fight Perry seemed determined to add more MMA experience to his corner.

“I just want to get better so I can build for us and Platinum Martial Arts,” Perry said. “I know I gotta look and out and find some more experience and it’s time for that now. We want to do that, we are probably coming to Miami bro to be honest with you. So, I look forward to training with Yoel.”

Soon after the quirky 32-year-old was pictured training with middleweight phenom Yoel Romero. Despite that Perry seems intent on having his girlfriend in his corner for a second straight fight.

Perry is known for his jokes so perhaps he isn’t actually auctioning off a place in his corner. He’s also wacky enough to think something like this is a good idea. Either way his corner team will for sure be one of the bigger talking points heading into UFC 255 next month.

Would you pay to be in the Mike Perry corner at UFC 255?