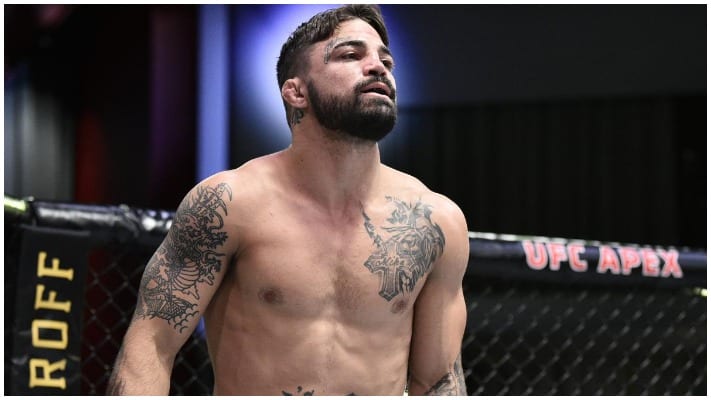 Mike Perry has been training with YouTube celebrity Jake Paul ahead of his boxing bout with former Bellator and ONE Championship titleholder Ben Askren on April 17.

Dana White is so confident Askren would beat Paul he revealed he is hoping to bet $1 million on the fight.

“Let’s be honest: Jake Paul is not a f*cking boxer – this guy’s a f*cking YouTube kid,” White said on the “Hotboxin’ with Mike Tyson” podcast. “Let me tell you about this kid: So the kid he’s going to fight is a wrestler, a real good wrestler, a decorated wrestler, but he’s actually fought real guys. He’s been a world champion in other organizations.”

Paul and Snoop Dogg have since tried to up the stakes with the UFC president.

Both men want to bet $2 million on the fight with White.

Perry took to social media yesterday to warn his boss against putting to much money down on Askren.

‘Platinum’ is one of many MMA fighters who have been sparring Paul ahead of his fight with ‘Funky’.

Paul transitioned to boxing in 2020 and has looked good against extremely low-level opposition.

The 24-year-old most notably knocked out former NBA player, Nate Robinson on the undercard of Mike Tyson vs. Roy Jones Jr.

Askren retired from MMA in 2020 due to a lingering hip injury.

Before walking away from the sport ‘Funky’ lost back-to-back fights against Demian Maia and Jorge Masvidal.

He’ll be making his boxing debut on April 17.

Do you think Mike Perry is right? Is Ben Askren in trouble when he fights Jake Paul?