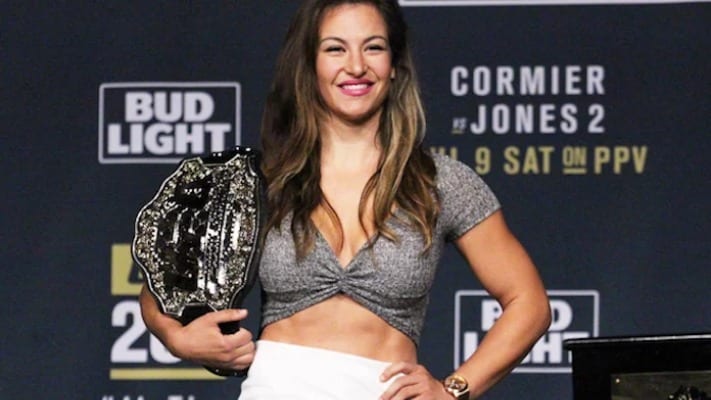 One of the constant debates within the mixed martial arts (MMA) community revolves around the greatest fighter of all time.

Of course, the category applies to both men and women’s MMA, the latter of which only seeing mass exposure for the past few years. In that time current UFC women’s bantamweight and featherweight champion Amanda Nunes has taken the lead in the conversation for the women’s GOAT of MMA.

“For me, it’s been Amanda Nunes,” Tate said. “She’s just on another level. She’s super legitimate. She hits like a ton of bricks. And it’s just incredible what she’s been able to do with the bantamweight division and what she’s done dipping her toes in the featherweight division. Really, the way she took out Cyborg was so mind-blowing. It was very impressive. I think for me that would be an easy pick.”

Nunes holds first-round finish victories over Tate, Ronda Rousey, and Holly Holm, all of which were at one point or another involved in the women’s MMA GOAT discussion. With that being said, it’s hard to deny Nunes the moniker. She prepares to make another defense of her bantamweight title this weekend against Germaine de Randamie on the UFC 245 pay-per-view (PPV) card in Las Vegas.

Do you agree with Tate’s pick of Nunes as the women’s MMA greatest of all time?