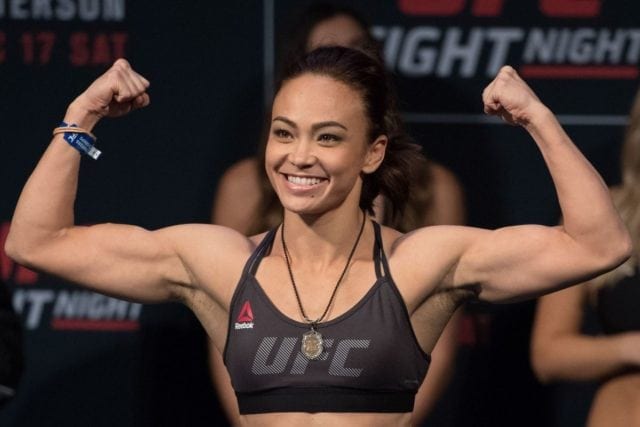 JacksonWink MMA, one of the most respected gyms in the sport, came under fire last month when “Cowboy” Cerrone criticized longtime striking coach Winkeljohn on the Joe Rogan Experience MMA Show podcast.

Many former training partners of Cerrone, including Diego Sanchez, fired back at “Cowboy”. Stating that Cerrone isn’t considered a teammate any longer. Others like Waterson had a more neutral position:

“All I can say is that’s family, you know?” Waterson said Monday at a media day promoting her upcoming UFC 229 main-card bout against Felice Herrig. “Families get into fights sometimes and unfortunately this fight got aired out a little bit to the public.”

“I love and respect both Donald and Coach Wink immensely,” Waterson said. “I wouldn’t have been at Jackson’s without Donald, he’s the one who introduced me to Coach Jackson and Coach Wink and I wouldn’t be here if not for Coach Wink. I’ve been with him for almost over a decade, he’s a father figure to me. Both of them are very headstrong, and they are very like-minded, and I’m sure that they will figure out their issues.”

Change For The Better?

Waterson is obviously in a difficult position. However, she appears to be handling the added chaos quite well.

As for Cerrone, he has been training at his ranch just outside the Albuquerque city limits in preparation for his fight with Mike Perry.

Waterson will admit there has been change at JacksonWink MMA. But the “The Karate Hottie” believes it’s all for the better.

Cerrone will take on Perry in the co-main event of November’s UFC Denver. Whether or not he repairs his damaged relationship with JacksonWink MMA remains to be seen.