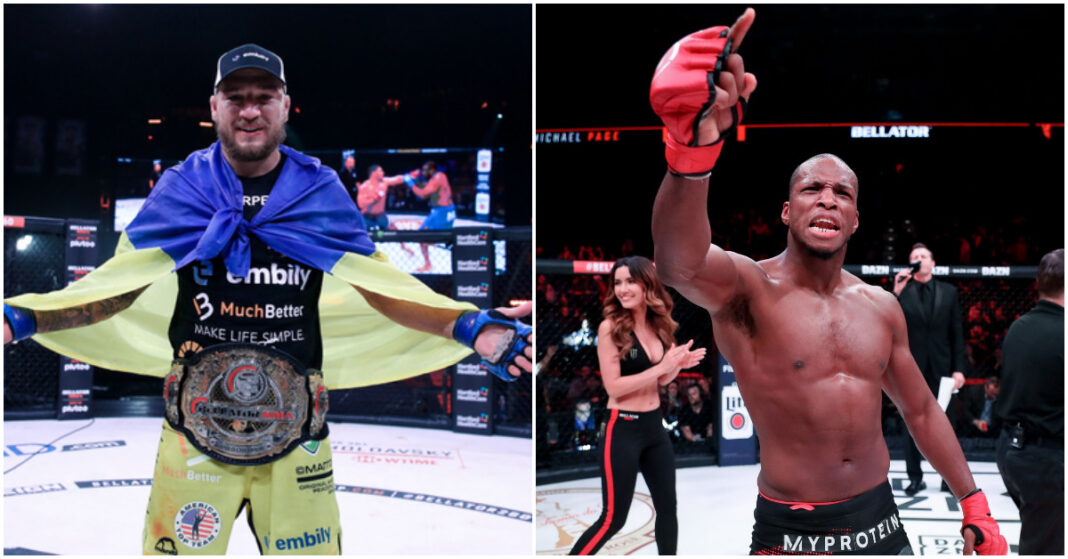 After 17 professional fights under the Bellator banner, It appears as though Michael “Venom” Page will finally fight for a taste of that sweet, championship gold.

Earlier today, Bellator Europe took to social media to announce that MVP will take on Yaroslav Amosov for the 170 pound title in front of a hometown crowd at Bellator London later this year. The bout is set to headline the event which is slated for May 13 at the SSE Arena, Wembley.

Page is widely regarded as one of the sport’s biggest stars outside of the UFC. He holds an impressive professional record of 20-1 and has been a top contender in Bellator’s welterweight vision for the last half-decade or so.

His only pro loss came at the hands of rival and former champ Douglas Lima back in May of 2019 but MVP exacted his revenge against the Brazillian standout in his last outing, winning via split decision. This was a signature win for the Brit and also came on home soil as it marked the first time Bellator had returned to the UK since the beginning of the COVID-19 pandemic.

Page currently rides a six-fight win streak heading into the contest but between him and his first world title stands his toughest opponent yet. Ukraine’s Amosov boasts an undefeated professional record of 26-0 and has taken down a killer’s row of competition en route to wearing the belt. His last bout was also against Lima as he secured the title with a win coming this past June.

‘Dynamo’ poses a dual-threat unlike any that ‘Venom’ has ever faced in the cage as he has recorded 9 knockouts and 10 submission victories during his perfect run. His last four fights have all gone to the judge’s scorecards and Page will look to avoid that by adding a 13th knockout to his own spectacle of a highlight reel.

Do you think Michael Page will become champ on May 13?