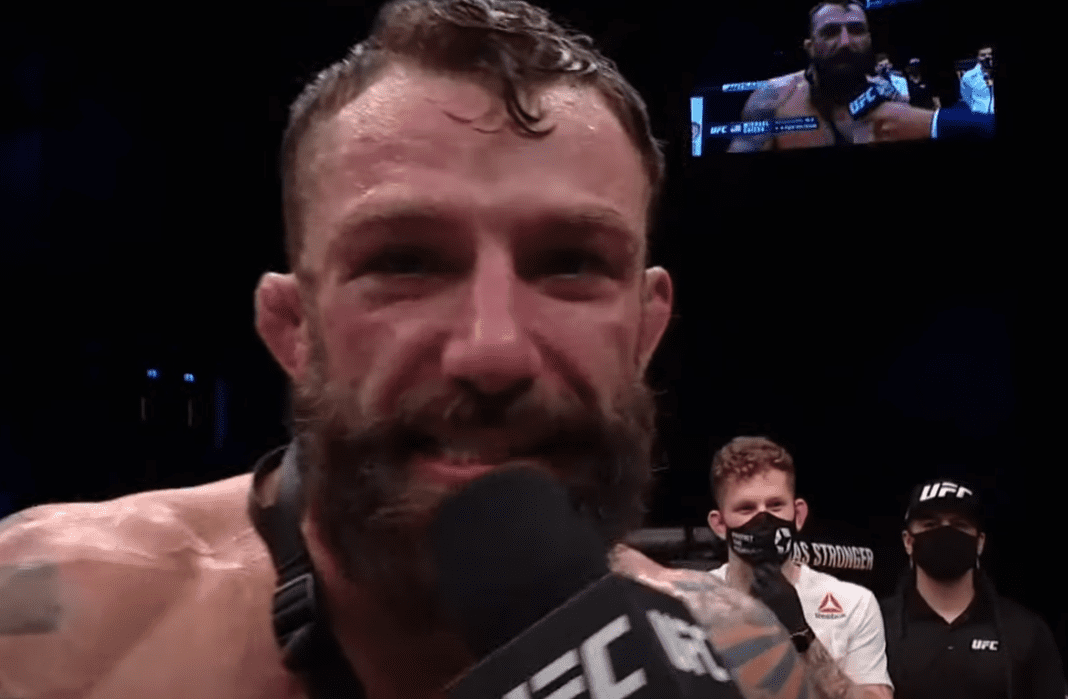 Chiesa took on Neil Magny in the UFC Fight Island 8 headliner on Wednesday and came away with the unanimous decision victory after a dominating performance on the ground.

That made it four wins in a row for “Maverick” since his move up to welterweight and in his post-fight interview with Daniel Cormier, he decided to call out Colby Covington.

“The election is over!” Chiesa said. “Colby Covington, your schtick is done. I want you next, boy.”

Chiesa — who called out Covington last year as well following his win over Rafael dos Anjos — would later explain his callout in the post-fight press conference.

“Because he’s the toughest matchup for me,” Chiesa said (via MMA Fighting). “Stylistically, that guy should beat me on any given Sunday. From a physical standpoint, from a mental warfare standpoint, there’s not a lot of boxes you can check that favor me for that fight.

“But how can I say I want to be a champion if I don’t want to fight these guys? Sometimes the best guys are the ones that are the toughest for you stylistically. So when I look at the top-five, I think that’s the hardest fight for me. We’ll see what happens. If I come up short, I come up short but I want the best so I’ve got to fight the best and that’s the guy.”

Of course, it appears Covington is on course to meet bitter rival Jorge Masvidal next — even though the fight is taking ages to come to fruition.

And even if that’s what ends up happening, Chiesa had to shoot his shot.

What did you think of Chiesa’s callout?