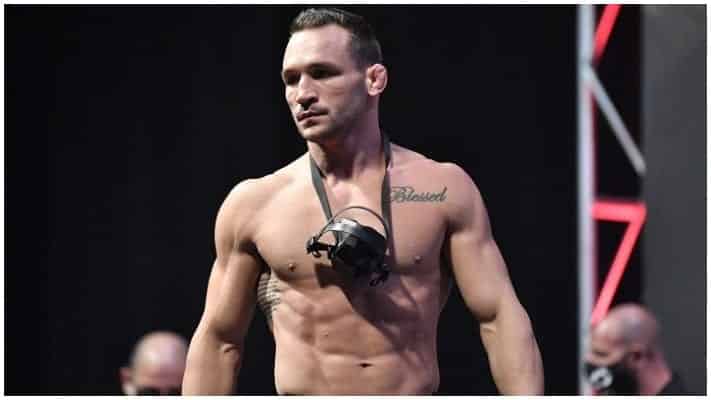 Michael Chandler admits he’s got no intention of getting vaccinated.

The former three-time Bellator lightweight champion is due to square off against Justin Gaethje in the co-main event at UFC 268 which is expected to take place at Madison Square Garden in New York on November 6.

Unfortunately, the exciting 155lb match-up seems to be in jeopardy. New York has recently introduced a new mandate that will require people to prove they are vaccinated against COVID-19 before attending entertainment events – that includes fighting at events too.

Chandler previously said he wouldn’t be vaccinated by November 6 and insisted he would not get the jab until it was approved by the Food and Drug Administration.

A fan put the news to Chandler who revealed he would still not be getting it.

“I don’t want it. FDA approval or not,” Chandler replied. “Real enough for you? I have no problem with people getting it. We all have a choice…this is mine.”

Do you expect Justin Gaethje vs. Michael Chandler to be relocated?