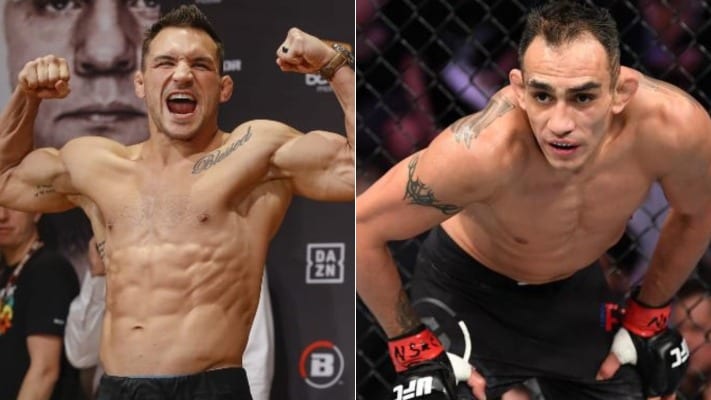 Michael Chandler is looking to fight Tony Ferguson once again.

Given the delay in booking a Conor McGregor vs. Dustin Poirier fight, Chandler recently offered to step in and face the Irishman instead.

However, with the news that the fight was close to completion for UFC 257 on January 23, Chandler is now eyeing Ferguson as his first opponent as he proceeded to call him out on Tuesday.

“Glad We Got Some Answers. Now Where You At @tonyfergusonxt ? #CSO”

Chandler has made no secret of his desire to face Ferguson.

The former Bellator lightweight champion has already praised “El Cucuy” as the scariest guy in the division and has him at the top of his list in terms of who he wants to face first.

“Tony Ferguson, Justin Gaethje would be number one and number two of the guys I want to fight,” Chandler said earlier this month. “I think it’s a great introductory fight to the UFC fans of who Michael Chandler is. They’re both great fights, they’re both guys who fight.

“As you guys have seen who watched my fights, guys who run away, that’s the best way to try to beat me is to try to run away from my pressure. Justin Gaethje, Tony Ferguson are going to meet me in the middle of the Octagon and we’re going to have a blast. So either of those guys sounds like a great fight.”

That fight was originally offered to Ferguson for UFC 254 last month. However, he took issue with Chandler being paid more than him.

Hopefully, negotiations turn out better this time as it’s certainly an intriguing fight.

Do you think we’ll see Ferguson vs. Chandler?