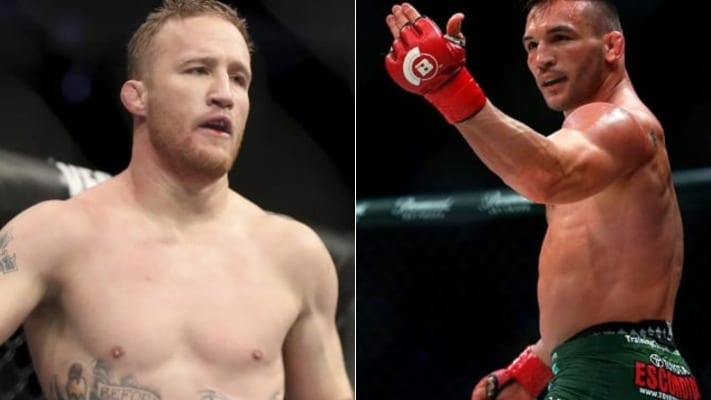 Michael Chandler is itching for a fight with Justin Gaethje but he may not get his wish.

Chandler is coming off an unsuccessful bid for the UFC Lightweight Championship. He challenged Charles Oliveira for the vacant 155-pound gold in the main event of UFC 262. Chandler was defeated via second-round TKO.

Many have been wondering what’s next for the former Bellator Lightweight Champion. During a Q&A session with fans on his Instagram page, Chandler expressed his interest in a showdown with Gaethje but doesn’t believe the feeling is mutual (h/t Sportskeeda.com).

“I’ll tell you what, I’ve said Justin Gaethje’s name no less than a 100 times since I’ve signed with the organization. He has been asked to fight me three or four different times; every time he has declined. He and I rank two spots away from each other. He hasn’t fought since last October. He needs to get a fight if he thinks he’s gonna fight for the title. For some reason, him and his camp have no interest in fighting me.”

Gaethje hasn’t been seen in action since October 2020. He fell short against Khabib Nurmagomedov in a UFC Lightweight Title fight. “The Highlight” ended up being submitted in the second round via triangle choke. The loss to Khabib snapped Gaethje’s four-fight winning streak.

As for Chandler, he told The Mac Life that he’s aiming for a return this fall. He has no plans for a summer return as he wants to recover first.

If Justin Gaethje is unavailable, who would you like to see Michael Chandler fight next?