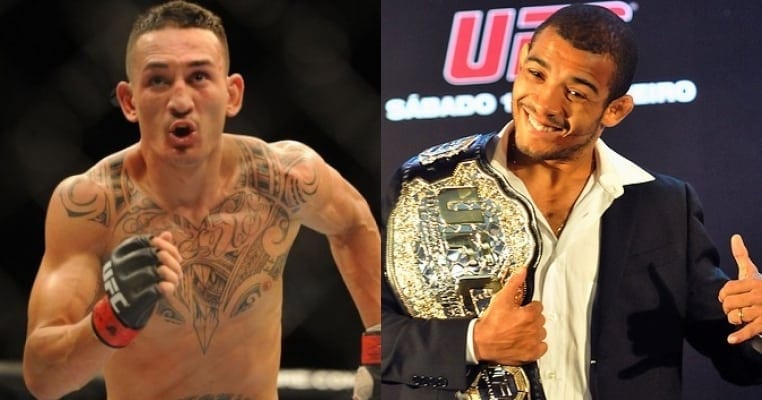 “There’s an outbreak in the UFC. An outbreak of p–sy—itis,” Holloway said to FOX Sports “A lot of (expletive) guys. You tell me what the hell is going on with the UFC. I’m just as blown as you are right now. He’s over here talking about business. You want to talk about business?

“The money fight in the 45 division right now of course is Conor but they keep talking him fighting Eddie Alvarez. There’s one guy left, you want to talk about the money fight, talk about me. Talk about Max Holloway.”

Holloway explained that if McGregor doesn’t return to the division, then he believes the fight to make is him vs. Aldo. However, Holloway doesn’t know if the fight would happen because Aldo is running from him.

“If McGregor doesn’t come back, Max Holloway and Aldo’s the fight to make, but this guy’s running scared.”

“This guy talks about fighting me before and then I don’t know what changed in that matter of time. We all know, face the music and come get yours. Come catch these hands and (expletive) let’s do it. It’s our time,” Holloway said. “You know damn straight. He was over here complaining about his title shot, he wanted to fight Conor but at the end of the day, he still got to fight Frankie (Edgar) for another title.”

If you couldn’t tell, Holloway is fired up because no one wants to fight him.

“I’m just (expletive) pissed off and fired up. Nobody wants it. Everybody acts like they want it until they’re locked in the cage with me and they find out soon enough what the hell is going on.”