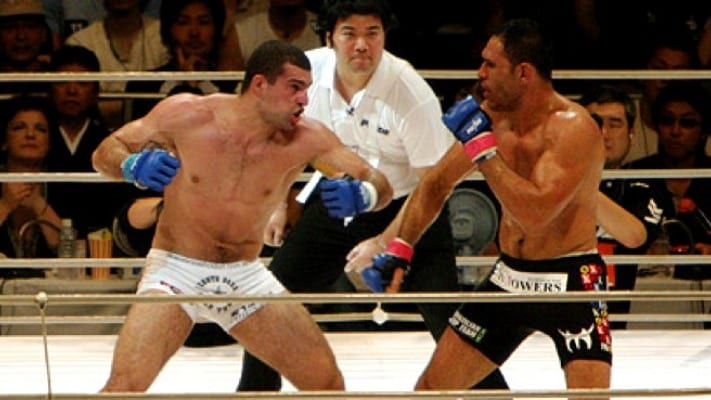 ESPN reports that light heavyweights Mauricio “Shogun” Rua and Antonio Rogerio Nogueira will run things back for a third time at the PPV from the Ginásio do Ibirapuera in Sao Paulo, Brazil on May 9. The pair first fought under the PRIDE banner back in 2005, where Rua won via unanimous decision. The bout was the quarterfinal to the PRIDE Middleweight Grand Prix at the time.

Then, they rematched in the UFC in August of 2015 at UFC 190 in Brazil. Rua again topped Nogueria via unanimous decision, in what was the Fight Of The Night. Now, Nogueira will get a third chance to finally get a win over his fellow countryman. Rua just fought to a split draw decision against Paul Craig at UFC Sao Paulo this past November. Prior to that, he finished Tyson Pedro in December of 2018 in Australia.

Nogueira comes off of a knockout loss to Ryan Spann at UFC 237 in May of last year. He has lost four of his last six fights, including his loss to Rua, all defeats but that one coming by way of TKO or knockout.

What do you think about the trilogy bout between Rua and Nogueira?