LowKickMMA.com
Home UFC News Matt Mitrione Says UFC ‘Can’t Get Out Of Its Own Way’ With... 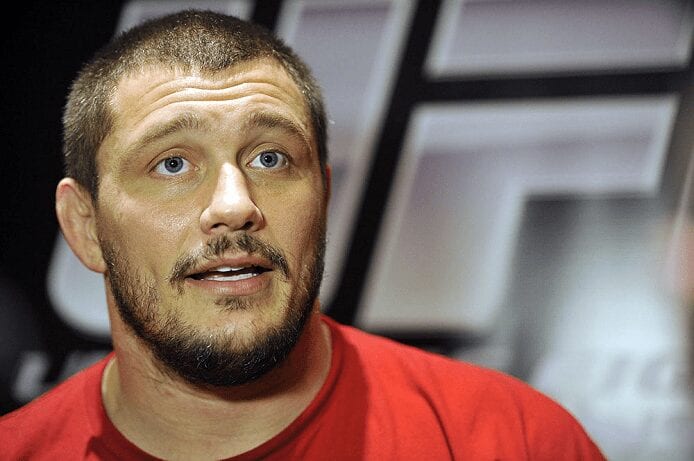 After years of fighting in both the UFC and Bellator, Matt “Meathead” Mitrione knows both sides of the top levels of mixed martial arts (MMA).

The former professional football player has always been an outspoken voice in the sport, and it got him into trouble with the UFC at times. But that didn’t stop him from voicing his concerns about fighter pay and treatment in the UFC, topics that are at the forefront of the current era despite not much, if anything, being done about them by fighters from a collective bargaining standpoint.

The UFC, and especially controversial president Dana White, seem to make headlines with each passing day about how poorly they compensate and accommodate athletes. When you hear White call a current champion “full of s**t” on live television, it’s hard to argue otherwise.

And not surprisingly, Mitrione has how own take on the subject. Having fought for both major MMA promotions, “Meathead” discussed the issue on this week’s episode of The MMA Hour, adding that the UFC is getting in its own way in terms of fighter relations:

“Freedom and obviously the sponsorship dollars. So, I am happy, I mean I can always be happier (with sponsorship ), but I am happy. It’s good business. It’s just nice, man. The UFC can not get out of its own way. I think it’s pretty evident in what they do, their consistent missteps.

“How they handle their guys, the media, like not giving the show money to that cat who made weight. Stuff like that, little tiny things that are just another notch against. I feel like they are, not in a colossal nose dive, but I do not think they are in the right spot. I feel like what Mr. Coker does very casually is what he needs to do to bring fans, eyes over to Bellator. And I think the production is completely different over at Bellator. It’s a spectacle, he took a page out of old Japanese MMA and made it bananas.”

Coker has made an impact on Bellator, especially in terms of Mitrione’s career, as he knocked out all-time legend Fedor Emelianenko last year in their cage.

But claiming he’s made it ‘bananas’ may be a bit of hyperbole meant to build up his new employer, because Bellator, like the UFC, isn’t blowing the roof off in terms of overall ratings during the last couple of MMA-slogged years.

That’s a moot point, however, and overall it seems that the fighters still in the UFC are reaching a breaking point in terms of pay and treatment. If they can eve get organized and do something about it remains to be seen.