LowKickMMA.com
Home UFC News Marvin Vettori Believes Paulo Costa Was Ready To Fight: ‘It Was A... 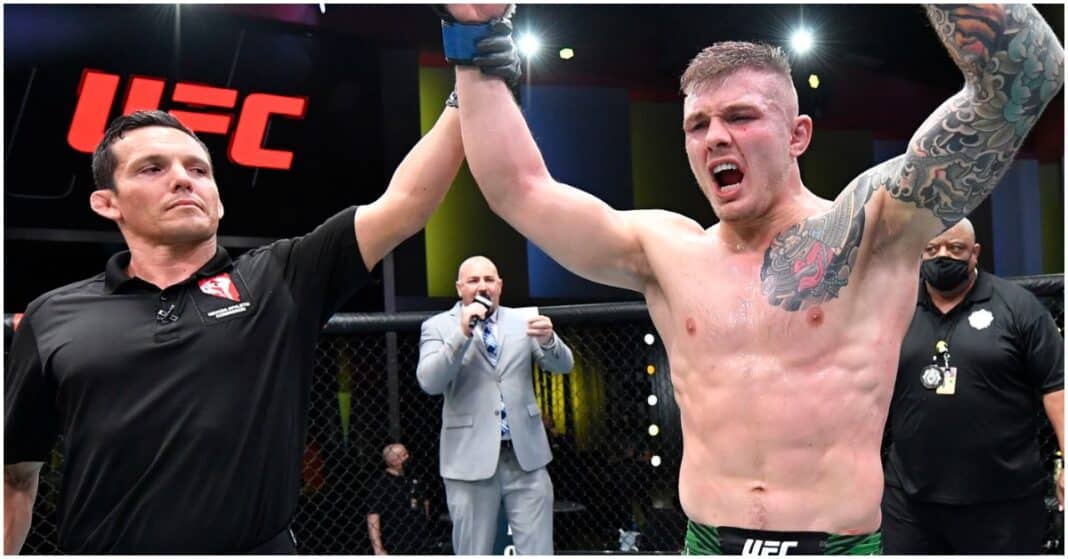 Vettori came out on top with a unanimous decision win over Paulo Costa in their back-and-forth light heavyweight war last night at UFC Vegas 41.

There was plenty of drama going into the fight as well because of Costa’s weight issues.

Unable to make 186, the fight was moved to a 195-pound catchweight before finally becoming a 205-pound bout. Many observers felt Costa’s head wasn’t really in the fight and that he would struggle to compete with the extra weight.

Although he did looked gassed early on, he was able to rally and hurt Vettori with a head kick in the second round. He surprised even more fans by having a strong fifth round as well.

However, it wasn’t enough to get the win. But he did impress many with his performance, including Vettori who feels Costa was luring him into a trap.

“It was a very solid performance,” Vettori said of his own performance at the post-fight news conference (via Middle Easy). “I’m glad I didn’t let go of all that tension before the fight thinking that he’s not ready, he didn’t train, he came in fat, he’s not taking it seriously because he actually did. It was a trap a little bit, I think.

“He was willing to scratch the fight, that’s for sure, but he was ready also.”

In the end, Vettori remained focused and got the victory despite what everyone was telling him pre-fight about Costa’s mindset.

“In my head, this guy wants out of the fight because he’s not ready,” he added. “My rational mind was saying, ‘You can’t think that way because it could all be a f*cking trap.’ I can definitely see that he was willing to scratch the fight, because I don’t think a lot of people would have taken this at a higher weight, but at the same time if I do accept, I’m all in. I can’t expect him to not be ready. So it was weird on my side, too, because I had to stay completely focused, even on him making all this sh*t where it kind of looked like he wasn’t ready.

“I had people all the time telling me, ‘He’s not ready, he wants out of the fight, he doesn’t want to be here.’ You saw the performance, he came game. He wasn’t out of shape or nothing.”

Do you think Costa was playing mind games?