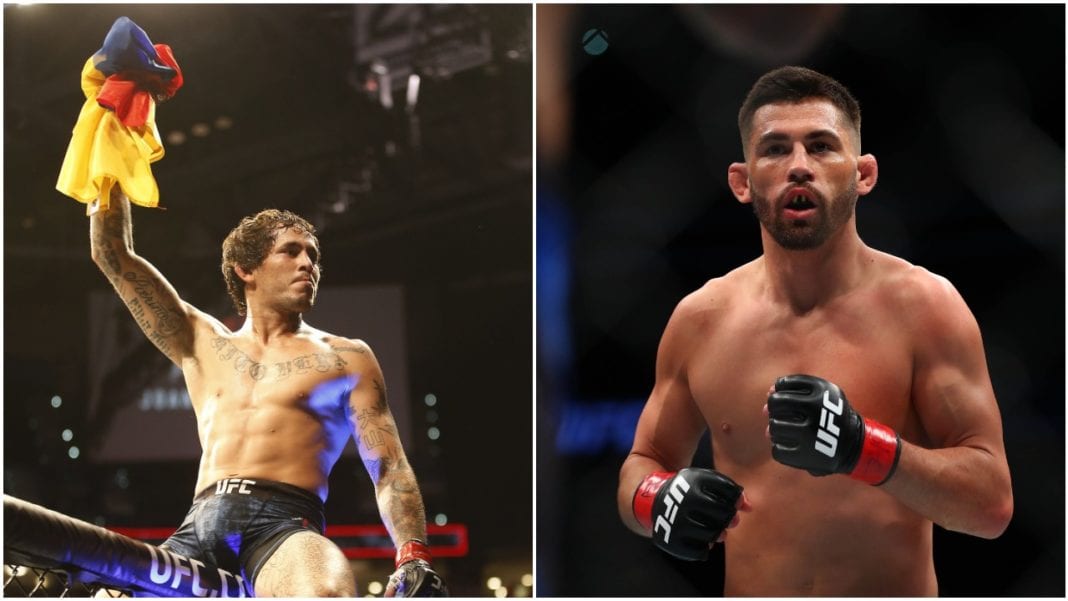 Speaking to Ryan Galloway in a LowKick MMA exclusive, Vera explained why this matchup makes the most sense for him following his recent controversial loss to Song Yadong.

“I think Dominick Cruz paper wise make the most sense. We are like two or three rankings apart, he’s coming off a loss, I’m coming off a loss. I feel that’s the perfect fight to make right now.

Vera also shared that he would be interested to face Urijah Faber should he decide to fight again.

“If Urijah have the balls to actually fight for real instead of just making a show for weigh-ins and acting like a guy that will do it any time, he won’t. He’s broke. his last fight he got destroyed and I’m sure he don’t want to get that feeling again because he don’t train anymore. But if he got the balls to do it one more time, I’ll put him out for sure. I will send a message to him ‘Hey you don’t belong here anymore’. But that’s not the main focus, he is doing it for the social media. He have a team, he have a name so he has to do it so often just to stay relevant so I get it.”

When asked, Chito shared how he believes a fight with Cruz would play out.

“I think I put the pressure on him, and I break him. I’m a younger better version and I still have enough tools. His wrestling is pretty good so if this fight goes to the ground he’s not going to hold me there I think I can tap him out too, I’m pretty confident that I can beat him up in the stand-up and on the ground so I hope that fight happens.”

At this stage, neither Vera nor Cruz has scheduled opponents or dates for their respective returns.

Check out the full interview at the link below.

Who would you like to see Vera face next?