LowKickMMA.com
Home UFC News Mark Wahlberg reveals interest in working with Conor McGregor: ‘I got to... 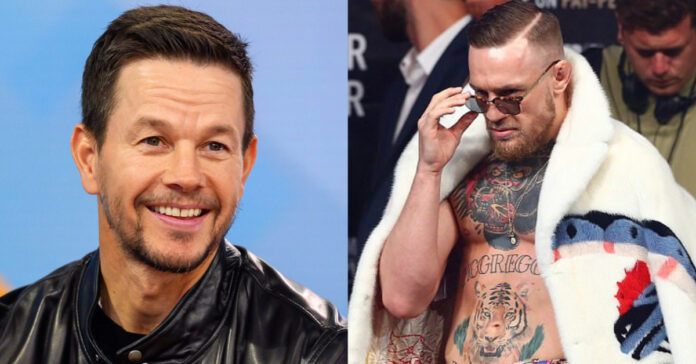 Mark Wahlberg has recently expressed his eagerness in working with former UFC champion Conor McGregor (22-6 MMA) on the big screen.

Although McGregor seems to be set on making a return to fighting, the 34-year-old has already secured his first acting job, where he is set to star alongside actor Jake Gyllenhaal in a ‘Road House’ remake later this year.

Mark Wahlberg wants to work on a movie with Conor McGregor

Hollywood star Mark Wahlberg has always believed the Irishman has all it takes to make it as a movie star himself, as he has even been trying to cast McGregor since 2015.

During an interview on ‘Pardon my Take’, the 51-year-old producer expressed his love and admiration for Conor McGregor, before exclaiming his ambition of working on a movie with the MMA legend.

“I gotta get Conor, I got to get him in a movie,” Wahlberg stated.

“Definitely in the right movie, absolutely.“

So perhaps with a good cameo performance from McGregor in the remake of ‘Road House’, there’s the possibility we could get to see himself and Wahlberg on the same screen.

However, in the meantime ‘The Notorious’ is focused on his return to the UFC’s Octagon, as he waits to avenge his recent losses.

McGregor last competed in July 2021 before losing a first-round TKO defeat during a trilogy bout against Dustin Poirier (28-7 MMA) at UFC 257 where he suffered a broken leg.

Despite there being no official return date for the ‘Mystic Mac’, regardless, he is in the gym getting back into fighting shape, as he plans to make a historic comeback and snap his losing streak with the promotion.

Do you think Mark Wahlberg should screen Conor McGregor?