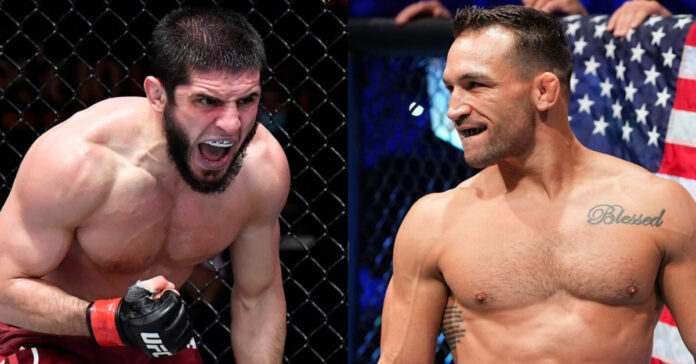 In just a few weeks, MMA fans will be treated to a fascinating matchup between Islam Makhachev and Charles Oliveira, who will face off for the vacant lightweight title.

Although Makhachev owns an impressive 11-1 UFC record and has not tasted defeat since 2015, his title shot did not come without criticism. When Makhachev meets Oliveira at UFC 280, it will be the first time that the Russian has faced a top-five ranked opponent.

Former lightweight title Michael Chandler is one of those who believe that Mahkachev has not done enough to warrant a shot at gold. The 36-year-old said while Mahkachev is undoubtedly talented, it’s still too early yet.

“Nothing against Islam, you say he looks great, you say he looks unbeatable at times, but he hasn’t really fought anybody,” Chandler told MMA Fighting. “That’s really the truth. He beat No. 14 and then he beat Dan Hooker, who was on a three or four-fight losing streak.“

“I’m not saying that [Islam] not that good, we just can’t say that he’s that good yet. It’s premature praise.” (H/T MMAFighitng)

READ MORE:  Paddy Pimblett predicts first round win over Jared Gordon at UFC 282: 'He's just not on my level'

It wouldn’t take long for Makhachev to respond to Chandler, taking to Twitter to slam the American, telling him to “shut up and stay in line”.

Who do you think would win if Islam Makhachev and Michael Chandler fought?