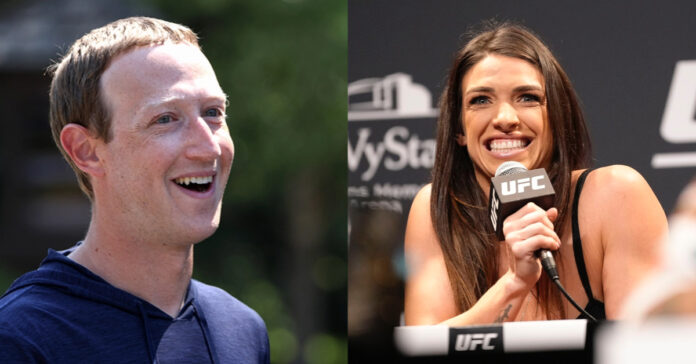 Mackenzie Dern claims that Mark Zuckerberg is the reason why UFC Vegas 61 will be closed off to the public, as he has bought the place out for himself.

Dern is headlining the event against Yan Xiaonan, in a strawweight bout that may have future title implications. Dern was very close to receiving a title shot, but unfortunately lost to Marina Rodriguez. She got back on the winning side, as she was able to bring home a split decision win against Tecia Torres in her last fight, to put her back in the title picture. Dern is currently the fifth ranked fighter in the division, and looks to continue her success against Xiaonan.

This event will have a weird feel to it, as the Apex is closed off to fans and even the media. The media will be able to cover the official weigh-ins and media day in the days prior to the event, but the UFC decided to go back to the pandemic like feel of the Apex.

Zuckerberg had recently released a video of him training MMA, and has shown that he is a huge MMA fan in recent months. The CEO of Meta says that he got into the UFC and MMA during the pandemic, as many new fans had. The UFC was able to capitalize on their ability to stay relevant, and was one of the only sports still putting on shows during those times.