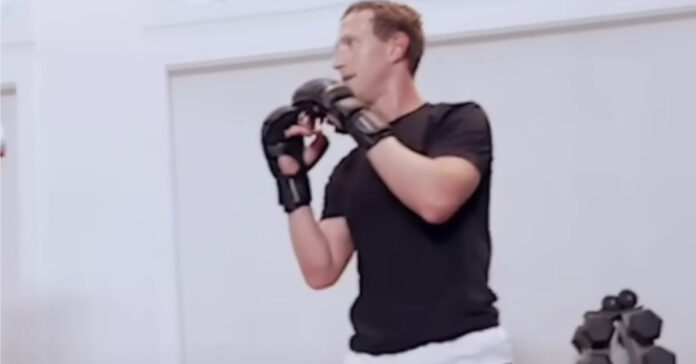 Mark Zuckerberg, Facebook CEO, has recently released a video showing off his MMA ability following on from an appearance on the Joe Rogan Experience.

As someone who is in control of one of the largest social media companies, it comes as no surprise that the billionaire like many of us needs a release away from the office. A follower of the sport and someone who praises the skills of these athletes Mark Zuckerberg put his techniques on display for the world to see.

Speaking to Joe Rogan, Zuckerberg reveals how his interest in the sport came about during the pandemic.

“How did I not know about it till right now?”

“Since COVID, I got super into surfing and foiling, and then really into MMA. I know a lot of people who do it. There’s actually this really interesting connection between people who surf and do jiu-jitsu.”

Having competed within a sporting setting throughout his childhood but never anything like this Zuckerberg told Joe Rogan how he wished he had become involved from a younger age and how now he spends his time trying to convince his friends to come and join his within training at MMA gyms.

Zuckerberg has been training under BJJ/Judo black belt Dave Camarillo at his gym, Guerrilla Jiu Jitsu. Camarillo himself spent time mastering his trade under the watchful eye of Ralph Gracie and has since been passing on his knowledge to his students for over 20 years.

“My mom made me do three varsity sports and my life took a wrong turn when I chose to do fencing competitively instead of wrestling in high school or something,” he said. “There’s something so primal about it, I don’t know.”

“Since then, I’ve just introduced a bunch of my friends to it—we train together, and we like, wrestle together, and there’s a certain intensity to it that I like.”

Having felt the benefits, himself Zuckerberg implemented these sessions into his workplace offering all employees the opportunity to enjoy the benefits of grappling for free along with giving out free customized gis to entice them even further.

“There’s a lot of good parallels for philosophy of life and, like foiling and surfing, jiu-jitsu, MMA, I think it sort of teaches you about the flow and momentum of things.”(Transcribed by bloodyelbow)

Whether Mark Zuckerberg will opt to take a step further and begin competing remains to be seen. Although if he did one man who may be willing to trade blows with him is none other than UFC lightweight Paddy Pimblett who called out the social media giant owner after he was banned from Instagram.

What did you make of Mark Zuckerberg’s skills?