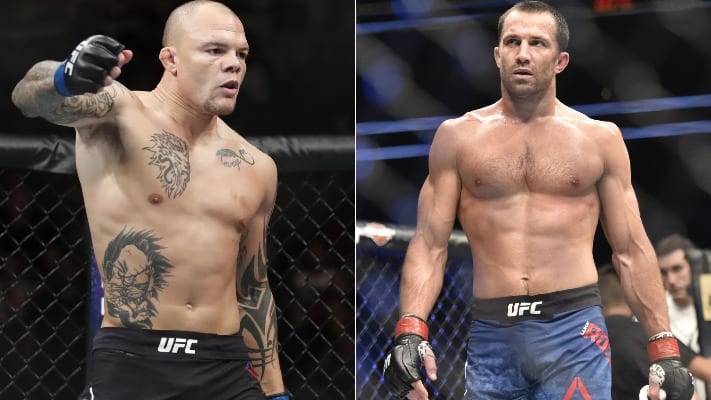 It’s safe to say Luke Rockhold’s prediction for Anthony Smith vs. Alexander Gustafsson earlier this month was way off.

The Californian expected the multi-time 205-pound title challenger to walk through “Lionheart” fairly easily. Instead, Smith took home a submission victory over the Swede in front of his native crowd in Stockholm. Smith and Rockhold have had a ton of issues with one another over the past several months, taking shots at each other through the media.

With Rockhold now moving up to light heavyweight, and Smith having solidified himself as one of the top contenders in the weight class, a meeting between the bitter rivals is almost inevitable. Speaking to Submission Radio recently, Rockhold discussed Smith’s victory over Gustafsson in Sweden. Rockhold maintained that his feelings on Smith’s skill set have not changed after his submission victory over “The Mauler”:

“My feelings have not changed whatsoever. Like, I said, Gus didn’t come to fight. Anybody who has any time for the sport could see that he didn’t do a damn thing in that fight and he found a way out when the opportunity presented itself. It was an easy exit for him. So, that’s that. Obviously, the guy can fight. He could fight, but he just doesn’t want it anymore.”

Rockhold makes his light heavyweight debut against Jan Blachowicz at UFC 239 on pay-per-view (PPV) from the T-Mobile Arena in Las Vegas, Nevada on July 6. After that, if a fight with Smith comes into play, Rockhold would be more than happy to take on the Texan:

“You never know what’s to come. I’m gonna focus on fighting Błachowicz, and I’m gonna put this man away and then I’m gonna look forward. And if there’s opportunities out there, we’ll see what’s up. You know, Jon Jones is right there, and I’m not looking to dance around too long.

“If there’s an opportunity and things work out and I perform and he performs, you never know, you never know. And if there’s a delay – there’s also a business side of this thing too. So, Anthony Smith could work his way in too. Anybody above me, I’m looking to make a mark on their faces.”

Who do you think wins a potential matchup between Rockhold and Smith?