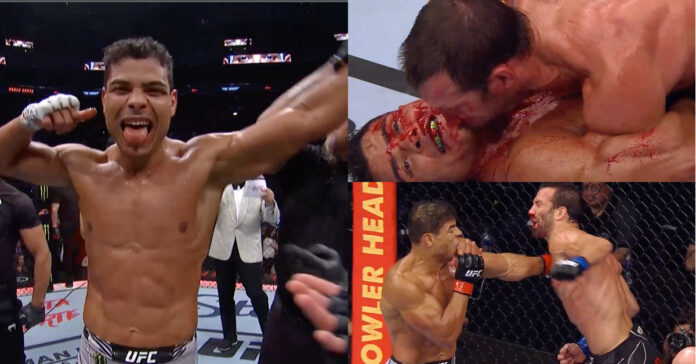 Paulo Costa came out on top over Luke Rockhold at UFC 278.

The former UFC middleweight champion Luke Rockhold returned to action after a three-year hiatus to take on former title challenger Paulo Costa in the co-main event of UFC 278: Usman vs. Edwards 2 at Vivint Arena in Salt Lake City, Utah. Rockhold made it clear that he was looking to get a title shot if he beat out Costa, and received support from Jon Anik, who believed another chance at the gold was possible for him.

Costa got off to a solid start, scoring good combinations before Rockhold got a few nice shots of his own in. Both men appeared to be gassed out after the first round. Rockhold was especially fatigued while Costa looked relatively fresher even if a bit exhausted. They carried on battling it out in a brawl of hearts before the buzzer called an end to the contest.

Below, catch the highlights from Paulo Costa vs. Luke Rockhold