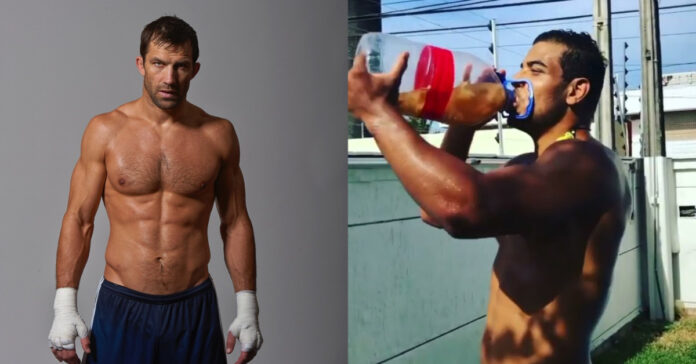 Former UFC world champion, Luke Rockhold, says Paulo Costa’s ‘secret juice’ will not help him come Saturday when the pair square off in the Octagon.

This Saturday’s co-main event will be host to an anticipated middleweight matchup when former 185lb ruler, Luke Rockhold will take on Brazilian banger, Paulo Costa. The pair have been slated to face one another for some time now and after some cancelations, the intriguing matchup is now under a week away.

We have not seen Rockhold compete in over three years and has not made the 185lb limit since his knockout loss to Yoel Romero. Now 37, there are questions on what Rockhold can still bring, can he still compete at the high level? Although Rockhold has struggled against big power punchers, the American is one of the most skilled fighters we have ever seen and holds wins over Michael Bisping, Chris Weidman and Lyoto Machida.

As for Costa, he will hope to regain some of the form that earned him his title shot in 2019. The 31-year-old ran through his early UFC competition before he met Israel Adesanya who would stop Costa in the second round.

Costa then met former title challenger, Marvin Vettori and after a bizarre situation surrounding the weight, the pair would go to war over five rounds. The judges would award Vettori the bout, Costa will be hoping to bounce back from this and has proven he has the ability to do so with wins over Johny Hendricks, Uriah Hall and Yoel Romero.

Costa, who is an Adonis of a man, credits his ‘secret juice’ for his physique, but Rockhold isn’t convinced

“Secret juice,” Rockhold began. “That’s the recipe with a lot of these guys huh? They’re always trying to find that secret juice, I just rely on hard work and a lot of Aquafina. We’re gonna show him what kinda juice it takes.“

“The last guy who was drinking secret juice, Machida drinking his p*ss and we all saw what happened to Machida, I’ve got a good recipe of taking guys down who like to drink that secret juice.”

How will Luke Rockhold get on this weekend?