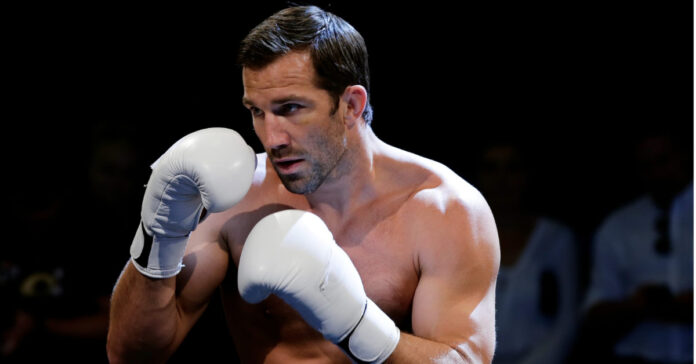 Following on from his retirement from MMA at UFC 278, former UFC middleweight champion Luke Rockhold has welcomed the chance to compete in boxing should the right opportunity becomes available.

Rockhold was arguably thrown to the wolves when faced up against Brazilian powerhouse, Paulo Costa, at UFC 278. Two men who were at very different stages in their respective careers it seemed as though this matchup was scripted with only one outcome. Eleven of Costa’s thirteen victories at the time had come by way of knockout leading into this matchup. Luke Rockhold had suffered back-to-back defeats in such a manner and therefore lead to a majority of those invested in the matchup expecting him to suffer the same fate once again.

However, this was not to be. Costa would ultimately win the matchup via unanimous decision but not without having to overcome some adversity. Rockhold displayed signs of his former self, landing devastating punches and more of his infamous kicks as he took the Brazilian the full fifteen minutes.

Despite suffering defeat on what would be his final appearance competing in mixed martial arts his determination and heart displayed during the bout earned him the respect he deserved from those fortunate enough to watch.

Luke Rockhold reveals his desire to test himself in Boxing

Now having taken the time to recover and rest following on from this gruelling battle, Luke Rockhold has shared his interest in stepping into the Boxing ring should the right opportunity arise.

Speaking to MMA Junkie, Rockhold touched upon his desire to try new things and suggested Boxing could provide him with the perfect chance to do so.

“I will definitely look to chase adversity and discomfort. I’m not opposed to boxing; my legs need a f*cking break. So, if there’s some interesting people with the right people in the right promotion, I’d love to test myself. New ventures are always great.” (Transcribed by BJPenn.com)

Luke Rockhold would not be the first mixed martial artist to make the switch with the likes of Tyron Woodley, Ben Askren, and Anderson Silva having all previously competed in Boxing.

How do you think Luke Rockhold would do should he make the switch over to Boxing?