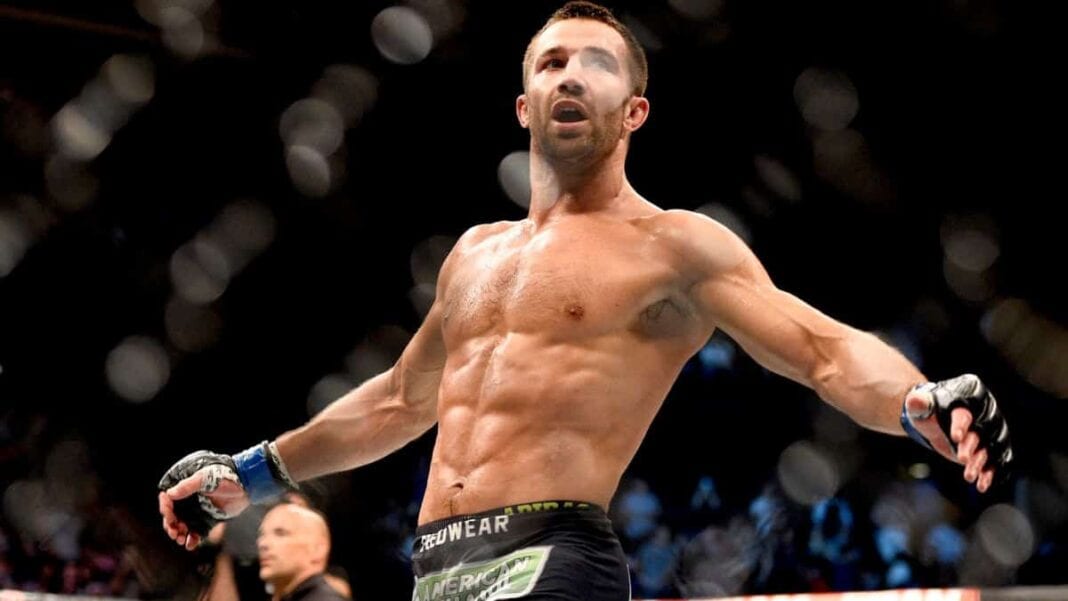 Number one UFC middleweight contender Luke Rockhold gets his chance at glory in the form of a UFC 194 title fight with Chris Weidman. The co-main event to Jose Aldo vs. Conor McGregor, Weidman vs. Rockhold pits two dangerous wrestlers with heavy striking against each other, and they even have a little beef cooking for the storyline too.

Although it all seems in good spirits, the competitive nature of both men is apparent, and they have engaged in numerous heated exchanges as a result of their alpha persona’s. ‘Rocky’ stopped by to chat with MMAJunkie Radio recently, and he gave an insight in regards to his gameplan against ‘The All-American’ this December:

“I’m a competitive person, and a little heated battle builds it up. It’s fun to me. It’s a little more motivation for me to train, and I think it’s good for the fans too. You saw what happened with Bisping; we built that thing up,” Rockhold said. “It was heated, and what happened went down in the cage? I picked him apart like a little boy. And that’s what I’m going to do to Weidman.”

Just as big, if not more important than the physical aspect of fighting is the mental game. With months before the date of the bout, there’s plenty of time for posturing and taunting, which can often lead to competitors entering the cage already broken. It sounds as though Rockhold thrives on this aspect, as he explains:

“The closer you get, you start torturing yourself day in and day out, and you realize that this guy’s trying to take this all from you,” he said. “This guy’s making you get up out of bed when you’re beaten and broken and don’t want any more, and you’ve got to go train. This guy is training to take your livelihood and your dream. It definitely gets personal as it builds up.

As confident as ‘Rocky’ is in his abilities he maintains that it won’t get the better of him on fight night:

“I’m not going to go Nick Diaz and lay down on the canvas, but I think it’s a show of confidence,” he said. “It’s the subtleties of the fight. I’m a fighter at heart. I try to be as technical as possible, but I like a good brawl.”

If there’s anyone that likes a brawl, it’s Chris Wiedman, and the former NCAA division I wrestler is not an easy fighter to back up. We’ll see how things play out when the monster UFC 194 PPV rolls around, until then it’s safe to assume that the mind games will continue.