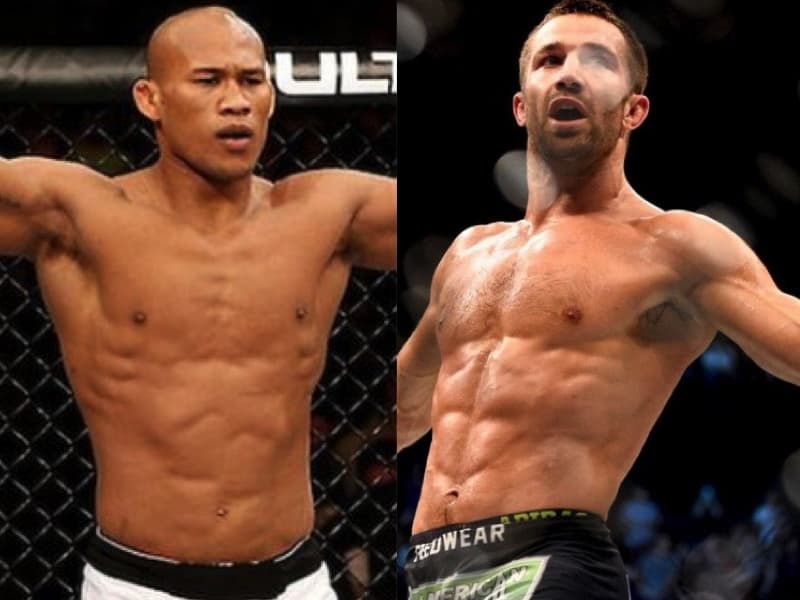 Former UFC middleweight champion Luke Rockhold was scheduled to rematch ex-Strikeforce champion Ronaldo “Jacare” Souza this weekend, but he was forced to withdraw from the bout due to a knee injury in which he recently detailed to Submission Radio:

“A small bundle pulled off the ACL at the attachment point. I’m trying to go through the natural process of healing which they say there’s a high potential of it reconnecting itself… I’m trying to do everything I can to avoid surgery. That’s key for me because any time you go into ACL – orthoscopic or reconstruction it’s a good 12 months out, pretty much. I’ve been told potentially in a couple of months it could reattach itself and then I can start kicking again.”

When Rockhold and Souza first met back in 2011, Rockhold walked away with a decision victory, and he knew he would need his strong left leg kick in order to get the job done again, giving him essentially no choice, but to pull out of the fight:

“I tried to working around it and if the kick didn’t land flush it really felt like my knee was gonna fall apart. I know I need to show up. This is not the time to go out there and have a half-ass performance. Jacare’s no slouch so I knew I needed my left kick the last time around for Jacare, and I knew I needed it this time. It’s my biggest weapon and not being able to kick is something I dealt with last time. I tried to avoid kicking and certain things you can’t work around leading into a fight.”

Hoping to heal soon, the ex-champion is now looking ahead to the future, and it appears as if he’s eyeing a spring return:

“Given the time table of what’s going on with my potential recovery and Bisping and Yoel Romero probably not fighting until February/March, I think that’s a good time frame. If I can get in that frame around March, that would be perfect for me.”

“If I have a guaranteed title shot to fight Mousasi then I’d love to but I’m not looking to fight the next guy – fight Mousai and then have Jacare try to jump me for that shot… I have a lot of respect for Mousasi but I want to get right back at it. I want my title shot…Jacare’s the most clear cut way back to the title. I’m not looking to fight another guy and have there be a question mark about who gets the next shot. I’m gonna go straight down the throat. I’m gonna get Jacare, finish my business with Jacare, and make no ifs, ands, or buts who’s the next in line to get that shot, whether it’s Bisping or Yoel.”

Mousasi scored a first round TKO victory over Uriah Hall this past weekend in Belfast, while “Jacare” currently doesn’t have a fight scheduled. Rockhold, on the other hand, is coming off of a shocking title-losing performance against Bisping last June.