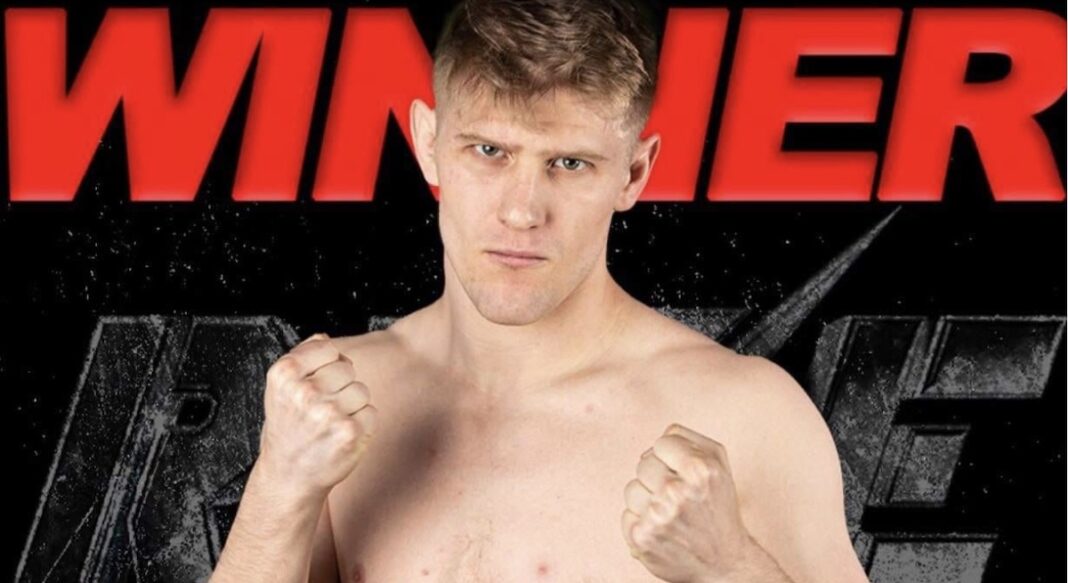 Those who believe they understand what goes on in an MMA fighter’s mind should speak with Lucas Rosa and realise they might be completely wrong. Lucas believes that being an aggressive brute doesn’t win the toughest fights in life. They’re won by the power of the human heart as much as sophisticated and intellectual reasoning.

Where It All Began

This New England area fighter was born in Boston and grew up in Peabody, Massachusetts, before moving to Seabrook, New Hampshire. He comes from a close-knit family of fighters that started with his grandfather. Lucas follows his father, Charles Rosa, a former boxer who now runs Chucky’s Fight (a charity that raises awareness for drug and alcohol abuse after his two late brothers passed away from overdoses), and his remaining older brother Charles “BostonStrong” Rosa, the esteemed MMA and UFC fighter whose name you might have seen when online sports betting.

Lucas’ journey started at a young age with an interest in self-defence jiu-jitsu which he would practice with his twin brother Francis. He says that they were obsessed with Godzilla as children, which led to a lot of play wrestling on their trampoline. Lucas played many sports in school but gravitated toward folkstyle wrestling, which led to his first achievement as the first two-year captain at his high school. He then went on to win the Division 2 state title in 2014.

Later, at Wheaton College in Massachusetts, he turned to rugby while completing his double major in Creative Writing and Philosophy – not a combat sport, but still quite a violent one. He got his foot in the MMA door through the Watson Scholarship in Wheaton. This prestigious academic grant approved and funded his abroad project, “MMA: A Philosophical Perspective.” Lucas was one of 40 candidates selected to travel abroad to pursue their passion for a year.

He delved into the world of martial arts from a cultural and intellectual perspective and even studied the ancient and nearly lost martial art of Bokator in Cambodia, learning under the Grandmaster of their martial art, San Kim Sean. He then studied Muay Thai in Thailand and Dutch Kickboxing in the Northern Netherlands.

In his pursuit of knowledge, he found many of the same virtues that he admired in philosophy were the same as those in MMA. To Lucas, “MMA is not just brawling,” he finds his athletic and intellectual sides to be very consistent with one another. After completing this journey abroad, Lucas decided to pursue his newfound MMA dream fully.

The Birth of a Possible Legend

In January 2020, he moved to South Florida, one of the two premier places for MMA training. He started training in Brazilian Jiu-Jitsu, MMA wrestling and kickboxing under the guidance of UFC veteran and BJJ blackbelt Charles “Chainsaw” McCarthy and his older brother Charles. This is where his heavy training began while helping to form the American Combat Gym (ACG).

His debut fight was in March 2021 under the ACG’s banner, and since then, he has remained undefeated and is one of the most active fighters in the country. Lucas already has six amateur wins in kickboxing and five amateur wins in MMA and is still going strong, with his next fight likely to be on June 17th, 2022, as the main headlining event at the Hard Rock Casino – an amazing achievement for an amateur fighter.

Lucas strives to brand himself as an intellectual fighter rather than an angry brut. This is rather interesting since his fighting style and personality are definitely described as angry, vicious and rather crazy.

On the other hand, his normal demeanour is rather calm, collected and rational. He says that he uses the tragedies of his past to fuel his fighting personality but still views Martial Arts as his personal pursuit of knowledge, striving to better himself each day.

This comes as no surprise considering that he won the Fighter of the Year 2021 award for the RIZE promotion that he fights for, as well as a Komodo kickboxing tournament. He has finished and won his previous four fights within the first two rounds with relentless force, including an arm-triangle submission and a modified rear-naked choke (short choke) submission. Lucas’ most recent wins were the TKO in Boston for Combat Zone and the TKO in the RIZE promotion in West Palm Beach.

The Best Fighter in the Country

Mr Rosa boldly claims to be the best fighter in the country, and while he remains undefeated, that seems to be the case. He’s probably one of the top 10 ranked fighters in his state’s featherweight division, considering that the Tapology ratings don’t take his kickboxing wins into account, but that’s not stopping him from proving his claim.