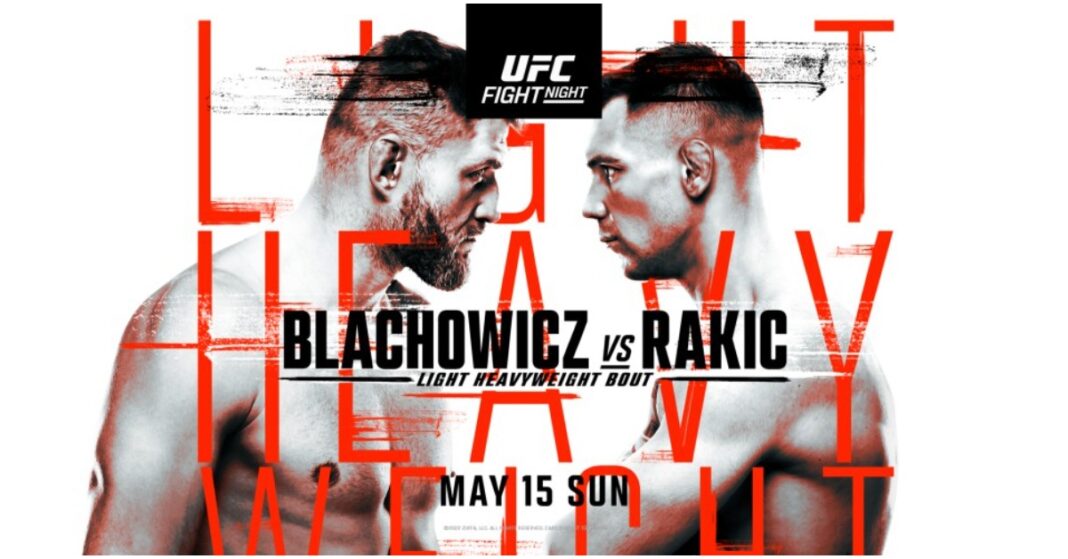 Despite falling under the shadow of the recent UFC 274, UFC Vegas 54 is a card full of surprisingly interesting and high-level matchups. Former UFC light heavyweight champion Jan Blachowicz takes on surging contender Aleksandar Rakic in the main event, with the winner likely to go on and fight for the belt next.

In the co-main, Ryan ‘Superman’ Spann takes on the ever-entertaining Ion Cutelaba, whilst UFC veterans Davey Grant and Louis Smolka face off in an electric bantamweight scrap.

Katlyn Chookagian, Amanda Ribas, Jake Hadley, Michael Johnson, and Angela Hill also all feature on this card. Join LowKick MMA as well attempt to break down, and hopefully make some money, off of UFC Vegas 54:

There are a number of ways you could play the main event of UFC Vegas 54. Both men are solid strikers, with the gas tank to go the full five rounds. Blachowicz likely has the more attritional damaging strikes, but Rakic has the reach advantage and a style that wins rounds. Blachowicz’s last fight, when he lost his title against Glover Teixeira, was one of his worst performances in the octagon to date. Whether you think this is indicative of the Pole’s future or not will likely result in you taking either man’s ML.

However, we will not be backing either side. Instead, Betway has the fight to go over 3.5 rounds at 1.83 odds. Jan Blachowicz has this ‘Polish Power’ reputation, that does not completely represent the way he fights. Nine of his UFC fights have gone to decision, with the majority of his KO wins coming against opponents now known for their durability, such as Luke Rockhold. As of late, Rakic has also been a decision machine, preferring to outpoint Thiago Santos and Anthony Smith, rather than go for the big finish.

There is still a chance this fight doesn’t go the distance, but this is more likely to happen late than early. Blachowicz vs. Rakic to go over 3.5 rounds is our first bet.

Two solid options here in this UFC Vegas 54 bantamweight matchup. Louis Smolka has not gone to the decision in his past six UFC fights, and he takes on one of the hardest hitters in the 135lb division. Smolka’s most recent loss to Vince Morales was a brutal KO, by an opponent not known for his finishing ability. Look for Grant to land his patented body shot, hook to the head combination and put ‘Da Last Samurai’ to sleep. Davey Grant to win via KO is at 2.00 on Betway.

Alternatively, if you think Smolka has a chance at locking up one of his sneaky submissions, fight doesn’t go the distance is priced at 1.44.

Another bet from UFC Vegas 54 that essentially picks itself is Katlyn Chookagian to win via decision against Amanda Ribas. Chookagian is undeniably one of the best fighters in the division, especially in the striking department. However, she never finishes her opponents. All 10 of her UFC wins have gone to the judge’s scorecards. She will also have a significant size and reach advantage over Ribas, who is moving up in weight.

Chookagian by decision can be found at plus money on Betway.

What are your best best for UFC Vegas 54?