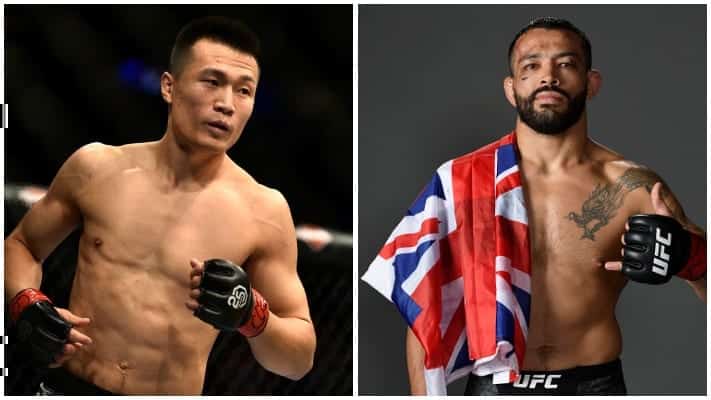 Dan Ige has got his wish and will fight ‘The Korean Zombie’ on June 19 according to reports.

Brett Okamoto of ESPN broke news of the bout on social media.

“Per sources, Korean Zombie (@KoreanZombieMMA) vs. Dan Ige (@Dynamitedan808) will headline a UFC Fight Night on June 19,” Okamoto wrote. “A fight Ige has been calling for. Zombie in title contention, looking to bounce back from loss to Ortega. Two hard hitters at 145.”

Ige solidified his place in the rankings with a stunning one-punch knockout over Gavin Tucker at UFC Vegas 21.

Following this finish in his Post-Fight Interview, Ige had one name in mind for his next fight to more up the rankings.

“I would love to face the Zombie man,” Ige said. “I’ve been trying to fight this guy forever, he says he doesn’t know who I am, I went on a tear, went on a six-fight win streak fell short, got a sweet knockout tonight, please man give me the Zombie.”

Prior to his most recent bout, Ige had lost to Calvin Kattar breaking his impressive win streak that had been accumulated since entering the UFC.

Chan Sung Jung, ‘The Korean Zombie’ is currently coming off a loss against Brian Ortega in October of last year. Before that, Zombie put together back-to-back wins in 2019.

Who do you think wins on June 19? Korean Zombie or Dan Ige?