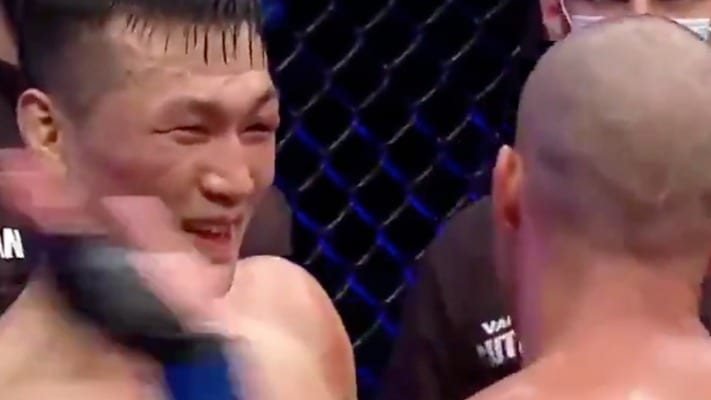 The beef is settled between Brian Ortega and The Korean Zombie.

After what was a heated buildup for nearly a year, the pair finally collided in their highly-anticipated UFC Fight Island 6 headliner on Saturday night that saw Ortega come out on top via unanimous decision after an impressive performance.

The reason for their beef stemmed from hostile words shared towards each other after Ortega had to pull out of their December fight through injury. It ultimately culminated in Ortega slapping Zombie’s friend and translator Jay Park at UFC 248 earlier this year.

Although things did simmer down later on, there was still some bad blood going into their featherweight matchup — not anymore though.

Zombie was seen embracing Ortega after the fight and even playfully slapped him in what was undoubtedly a nod to the Park incident.

For Zombie, it’s back to the drawing board while for Ortega, he is seemingly next in line for a shot at Alexander Volkanovski’s featherweight crown.

What did you think of Ortega’s performance?