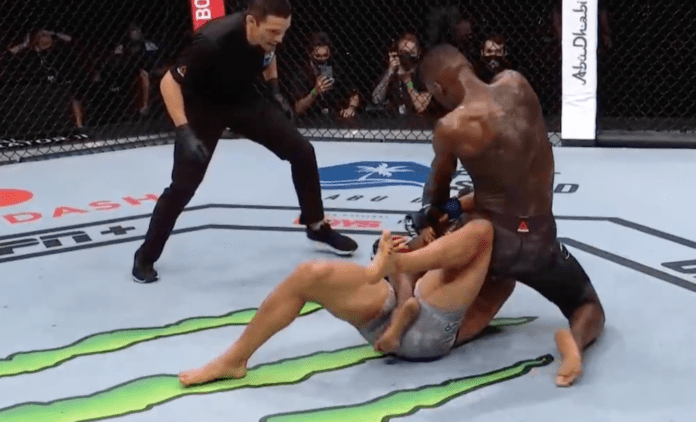 Adesanya took on Paulo Costa in the main event of UFC 253 on Saturday night in a highly-anticipated fight.

The first round was certainly eventful but mainly for Costa’s gamesmanship as Adesanya was slowly picking him apart with leg kicks. Costa’s demise ultimately came in the second round as Adesanya caught him with a head kick before clipping him with a left hook during an exchange to ultimately get the finish.

What did you think of Adesanya’s performance?