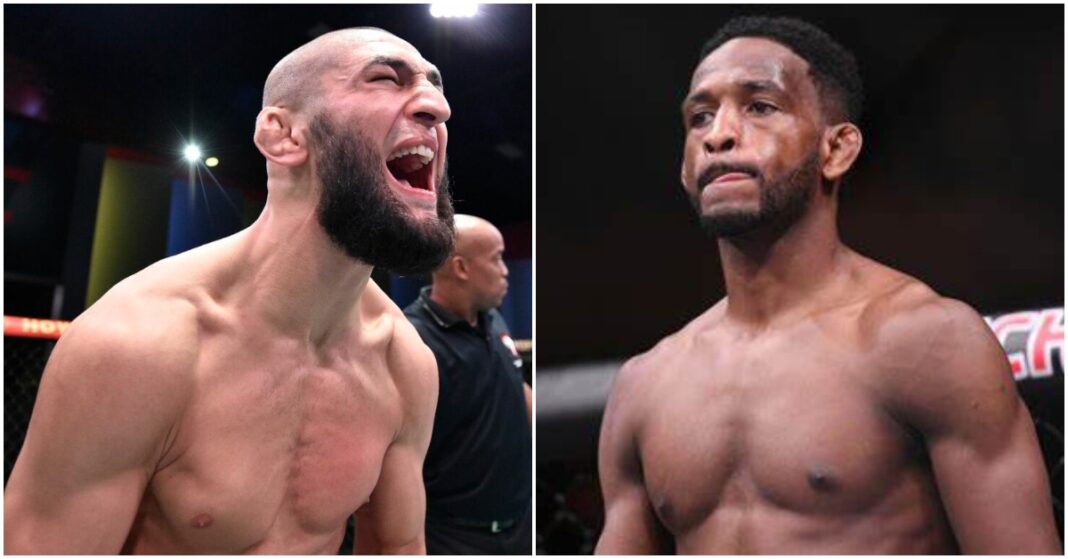 Khamzat Chimaev had one of the most impressive starts within the UFC that we have seen for a very long time, smashing his way through his first four opponents ‘Borz’ is now looking for his fifth.

Chimaev has been extremely active on social media calling out pretty much every fighter on the UFC roster in hopes for scheduling his next bout, however, Dana White has admitted that finding an opponent has been a lot harder than anticipated.

The likes of Nate Diaz, Kamaru Usman, Colby Covington and most recently Belal Muhammad have all been potential matchups that ‘Borz’ has been calling for, however, given his time in the UFC only consisting of four fights many of these more experienced UFC fighters are opting against running such a high risk in a fight against Chimaev.

Following reports on social media, it appears now that an opponent has been found, and a more than willing one in the form of welterweight contender Neil Magny.

Neil Magny has been vocal on social media for quite some time now trying to not only get himself a fight but get himself a fight against Chimaev. Dana White would go on to say that Magny is one of few fighters and if not currently the only one in the division willing to accept a deal and test himself against the undefeated prospect.

Magny last competed at UFC Fight Night: Rodriguez vs. Waterson where he was able to beat Geoff Neal via unanimous decision. Khamzat Chimaev’s last outing came at his return following a year off against Li Jingliang and UFC 267 where Chimaev was able to secure the submission victory inside of the first round.

Who do you think would win a fight between Khamzat Chimaev and Neil Magny?