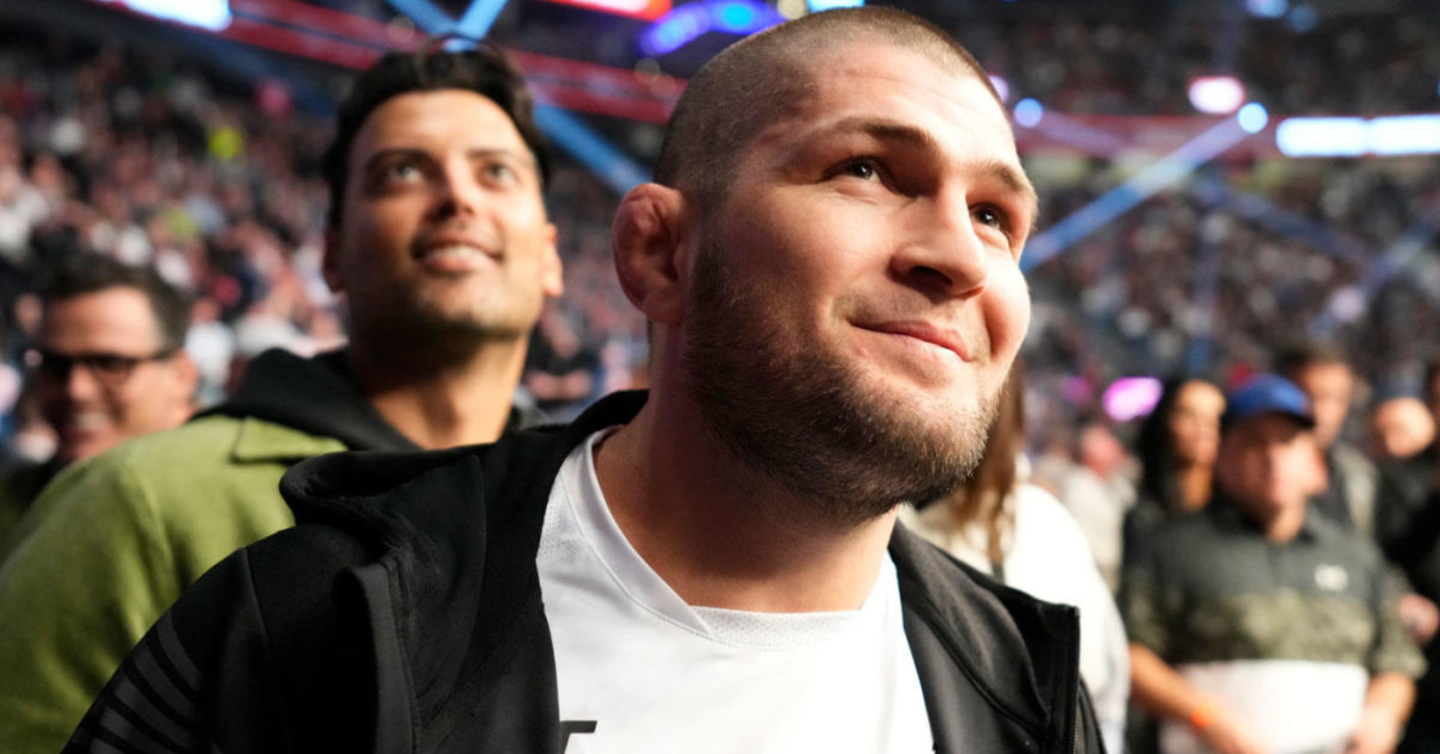 Former undisputed UFC lightweight champion, Khabib Nurmagomedov has revealed he currently weighs in the region of 205lbs since his retirement from professional mixed martial arts in October 2020. And insists he’s happy to walk around at the light heavyweight limit and drink Pepsi after a tedious career of weight cutting.

Khabib, a former undisputed lightweight champion under the UFC banner, called time on his career following a successful title unification win against former interim titleholder, Justin Gaethje back at UFC 254 – improving to 29-0 as a professional.

A career lightweight, Khabib, a trainee at American Kickboxing Academy in San Jose, California, revealed recently that in the two years since his retirement from active competition, he’s currently walking around in the region of the light heavyweight limit of 205lbs.

“I weight 205lbs now, maybe 204lbs in the morning if I don’t have dessert the night before,” Khabib Nurmagomedov said at a Human Appeal charity event. “When I was an active fighter, I was around 190lbs and I cut weight to 155lbs. I finished my career, I gained about five kilos, but I can’t do anything with this.”

It was one of the hardest things in my life to stay away from food, even now,” Khabib Nurmagomedov explained. “It was hared because for 15 years, I was on a diet, maybe more. To make weight, I had to stay on a diet all my life. Being a religious person, we have to stay away from a lot of things. When food comes on the table, sometimes you want to enjoy it. I have to train every day for five hours to get back to 86 kilo (190lbs), or I can live a happy life. I’m going to be happy and drink Pepsi.” (Transcribed by Bloody Elbow)

Over the course of his professional career, Khabb tipped the lightweight limit for a 2013 fight against Abel Trujillo, while the Dagestan native was criticized for failing to weigh in ahead of a UFC 209 interim title fight, with long-time rival, Tony Ferguson poking fun at Khabib for consuming tiramisu the night before weigh-ins.