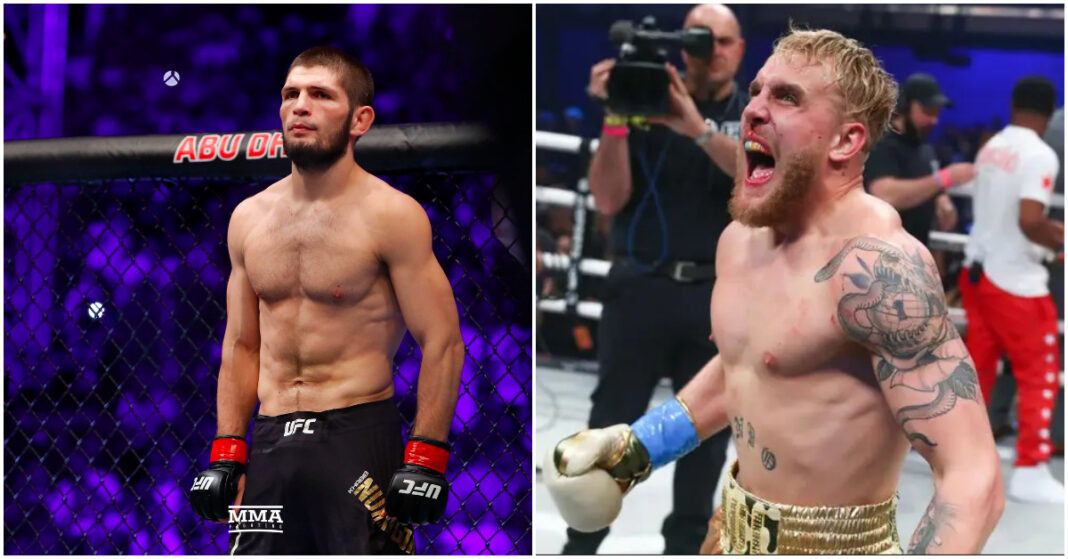 Usually not one who’s known for making headlines in the media, Khabib Nurmagomedov’s name has been in the news a lot as of late, mostly regarding his promotion Eagle FC.

After the promotion made their US debut last week in Miami, Khabib acknowledged that while Eagle FC was in some ways a developmental league for the UFC, they should be careful with how they treat their fighters.

Another name that seems to always be involved with any talks regarding the treatment of MMA fighters is that of Jake Paul, the YouTube star who has become one of boxing’s biggest money fights. Paul recently said on an episode of the MMA Hour that he would be open to fighting Khabib in an MMA fight.

The offer was met with laughter as the approach to fighting Khabib is known for would suggest he is above a matchup of this style. However, Khabib joined the Full Send Podcast Tuesday and he was asked about whether or not ‘The Problem Child’ had a future with Eagle FC.

“Yeah. It’s like if you want to fight in MMA because he never fought in the MMA, he doesn’t have experience, we can give him a chance. We can sign him.”

Bob Menery then mentioned Paul’s request that he would want his first fight to be against ‘The Eagle’ himself, an idea Khabib shrugged off by saying “With me? C’mon, c’mon. I don’t think so,” Nurmagomedov said.

Although the former lightweight champion scoffed at the idea of taking on Jake Paul in MMA, he said that he would certainly be open to giving him the chance to fight in the octagon.

Khabib mentioned he has been following Paul’s career and saw the recent videos Paul has posted of him working on rounding out his game.

While we likely won’t see the two ever faceoff in any capacity, Khabib has left the door open for Jake Paul to begin his MMA career with his promotion.

Would you like to see Khabib and Jake Paul square off inside the cage?