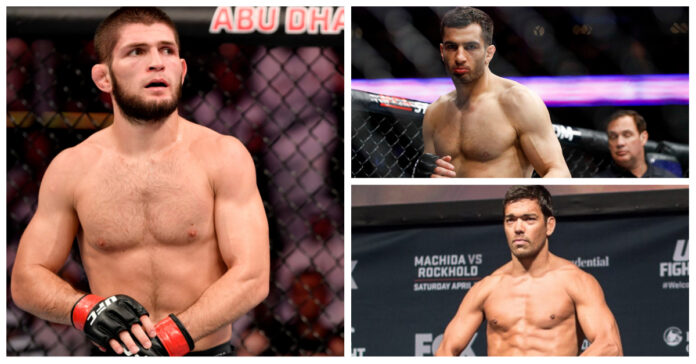 Gegard Mousasi is set to take on Johnny Eblen this Friday at Bellator 282. His last outing came against Austin Vanderford earlier in February in Dublin, Ireland. Mousasi put on a sensational performance needing less than a minute and a half to dispatch his opponent in the main event.

A trend we see repeated in his fights is his calmness inside the cage. Vanderford came out swinging hard from the first minute and despite throwing the kitchen sink at the 36-year-old Dutchman, he was unable to pressure him out of his game. Mousasi handed ‘The Gentleman’ the first loss of his professional career.

Khabib Nurmagomedov says “Gegard Mousasi is the most underrated fighter”

Following the win at Bellator 275, Khabib Nurmagomedov took to Twitter to heap praises on Mousasi.

Mousasi’s next bout is against another undefeated challenger in Johnny Elben who also happens to train at the American Top Team gym alongside Vanderford. The pair will take to the octagon at Mohegan Sun Arena in Uncasville, Connecticut. Currently on a four-fight win streak, ‘The Dreamcatcher’ has won 12 of his last 13 fights including his time in the UFC.

Another former UFC champion who expressed his support for Mousasi is Lyoto Machida, who fought Mousasi on two occasions, winning and losing one each.

“Nobody believes in what he can do, because his technique is very ordinary, nothing flashy,” said Machida. “But it doesn’t matter if he doesn’t kick as high as someone else, or he doesn’t do jump knees. That doesn’t matter. What matters is that he is good everywhere, so well-rounded and so calm. He can fight anybody and has fought everybody, and he wins.” (h/t ESPN)

The Bellator middleweight also has a win over Mark Hunt. Mousasi took on the much larger “Super Samoan” in a 2009 tournament under Dream, and managed to secure a first-round straight armbar submission.

Meanwhile, Gegard Mousasi remains unaffected by the talks. Much like Fedor Emelianenko, the composed Mousasi does not care about the titles and has only one aim ahead. “I don’t give a f— about belts,” Mousasi said. “I’m here to make money.”