Former undisputed UFC lightweight champion, Khabib Nurmagomedov has estimated that his promotion, Eagle FC has what it takes to become the leading professional mixed martial arts organization on a worldwide scale, within this decade.

In the time since his victory over the Arizona native, Khabib has taken on a prominent role as a coach at American Kickboxing Academy alongside head coach, Javier Mendez, and has also headed up Eagle FC – with its home base now located in Florida.

Since taking major operations to the ‘Sunshine State’ – Eagle FC has fielded three events in Miami – in January, March, and May of this year.

Sharing his thoughts on when Eagle FC could potentially topple industry juggernauts, UFC, and Bellator – Khabib claimed that within the period of seven years, the organization could find itself as a leader amongst their peers.

Amongst his continued ventures into the business side of mixed martial arts, Khabib Nurmagomedov has also recently welcomed links to a season of The Ultimate Fighter in a coaching role opposite former interim UFC lightweight champion, Tony Ferguson – following a slew of failed fights between the two during their respective tenures with the promotion. 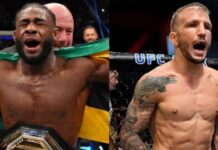 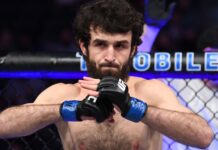 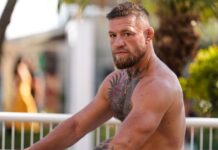