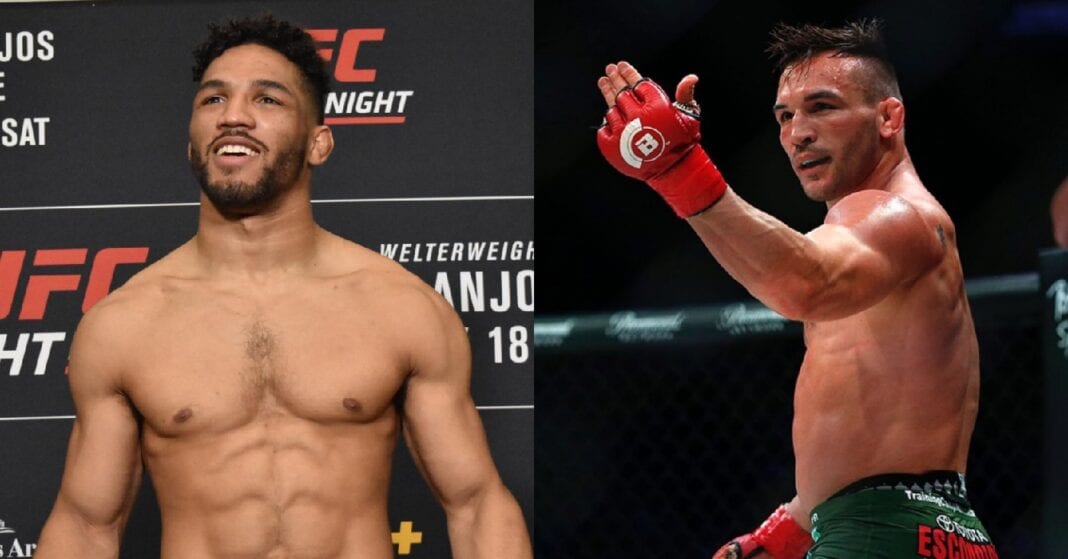 Michael Chandler was revealed to have landed with the promotion yesterday and Dana White announced that he will be the official backup for the UFC 254 lightweight title fight between Khabib Nurmagomedov and Justin Gaethje. It was massive news that got the entire MMA world talking, particularly about the part seeing Chandler potentially getting a title shot.

One of the people talking about the signing is Kevin Lee, the former interim lightweight title challenger. Speaking on SiriusXM’s Fight Nation, Lee posed an interesting theory as to why he believes Chandler is the backup for the title fight. In his view, it comes down to White wanting to stick it to Bellator president Scott Coker.

“I expected them to sign Chandler. It seemed like he was kinda getting over Bellator. And he’s a competitor, so he probably actually wanted to really test himself. But the fact that they’re trying to making him the backup for Gaethje vs. Khabib, I don’t really get that. I think that’s a way for them to try and sh*t on Bellator again. You know, it’s like, ‘Ok let’s throw him in there with Khabib right out of the gate so Khabib can whoop his ass so I can sh*t on Scott Coker just a little bit more and make him look a little worse,’” Lee explained.

While Lee believes that Khabib would defeat Chandler if they ended up fighting, he believes that Chandler would have a good chance to defeat Gaethje. Lee also said depending on what happens with Chandler, he’d be interested in fighting him in mid 2021. Considering both men are top-15 lightweights, this definitely seems like it could happen and would be an intriguing showdown between 2 of the best in the world.

“Against Gaethje he might stand a chance, but against Khabib he’s just way too small. I think Chandler’s way too small for this whole division. I actually hope he gets the (title) fight, and then once he loses, then it might be him in the middle of next year. You never know how things are going to play out. I’ve been looking at Chandler for a long-ass time. That’s going to be a good fight,” (Transcribed by BJPENN.com)

Do You Agree With The Theory Kevin Lee presented about Michael Chandler signing with the UFC?