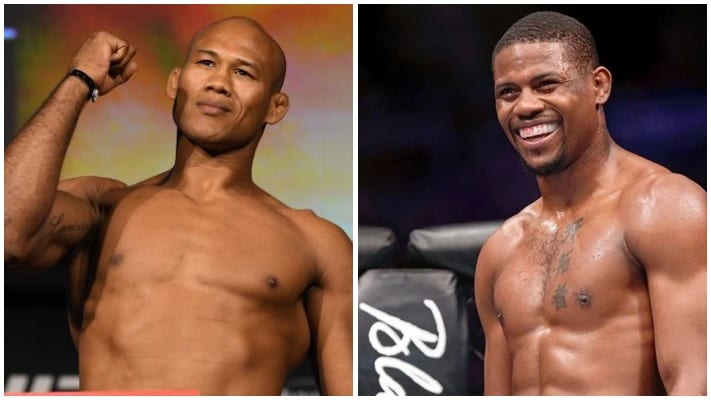 Kevin Holland has been booked to face Ronaldo ‘Jacare’ Souza at UFC 256 on December 12.

‘Trailblazer’ was supposed to fight Jack Hermansson in the main event of UFC Vegas 16 which is set to take place on December 5. Unfortunately, Holland was forced out of that fight on Saturday due to a positive test for COVID-19. The 28-year-old immediately announced his intention to quickly return to the Octagon despite contracting the virus and will do so when he takes on middleweight legend ‘Jacare’ in two weeks’ time.

Ariel Helwani took to Twitter to announce that Holland will face ‘Jacare’ in two weeks’ time.

“Kevin Holland will now face Jacare Souza at UFC 256 on 12/12 after having to pull out of next weekend’s main event due to testing positive for COVID,” Helwani wrote. “Vettori x Hermansson is on for next weekend’s headliner, per the broadcast.”

The Brazilian was originally set to fight Marvin Vettori next week. However the Italian was bumped up to the main event slot opposite Hermansson yesterday, meaning ‘Jacare’ was in search of a new opponent. However his search didn’t last long and the UFC moved Holland into another big fight in the hope he will have fully recovered from the coronavirus by the time UFC 256 comes around.

Holland has scored four consecutive wins in 2020. Last time out he beat Charlie Ontiveros. Prior to that he edged out Darren Stewart after he knocked out viral sensation Joaquin Buckley and Anthony Hernandez. Holland would make UFC history by beating ‘Jacare’ to become the lone middleweight fighter in company history to notch five wins in one calendar year.

‘Jacare’ was supposed to face off against Uriah Hall at UFC 249 earlier this year. Unfortunately, the Brazilian tested positive for the coronavirus and that fight was scrapped. Souza is on riding a two-fight losing streak the first of his professional career. The 40-year-old having dropped a decision to Jack Hermansson before stepping up to light-heavyweight and being edged out by the Jan Blachowicz who has since become 205lb champion. ‘Jacare’ will be looking to return to the win column and enter middleweight title contention again by beating Holland at UFC 256.