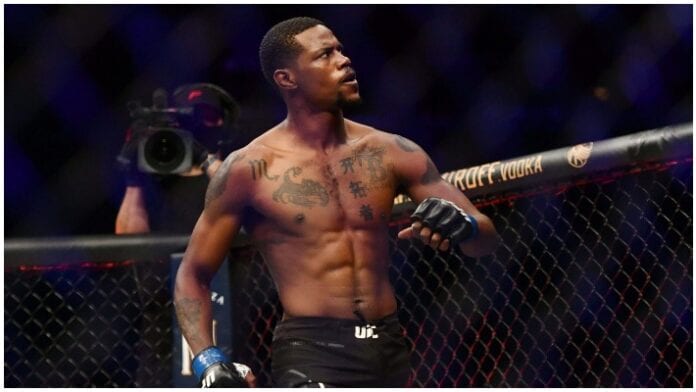 Just 21 days after UFC Middleweight Kevin Holland entered the octagon to take on Derek Brunson, he will once return to face rising prospect Marvin Vettori on short notice.

In a report by ESPN, sources confirmed that the matchup would be going down, confirming earlier reports from both Holland and Vettori themselves.

The bout was initially scheduled to be Darren Till taking on Vettori, however, Till was forced to withdraw from the bout after suffering an injury during training.

Holland’s quick return comes after he was defeated by a unanimous decision on March 20. This return ties both Michael Bisping and Deiveson Figueiredo for the shortest turnaround between main event fights in UFC history.

In 2020 Holland rose to fame thanks to his active fighting schedule and passion for trash talk. The middleweight put on five winning performances over the calendar with the most impressive coming in December when he knocked out UFC legend Jacare Souza with a brutal shot off his back.

While competing Holland would also taunt his opponents with words, an act that while unique to him many saw as the reason for his most recent main event loss to Brunson.

Vettori is coming into this fight off a win against Jack Hermansson in a grueling five-round main event war. This bout was also on short notice for the Italian who was set to face Souza himself before replacing Till to take on Hermansson.

The main event position of this bout brings high stakes for both fighters, more so Vettori who with a win could put himself into the title conversation.

Following his unsuccessful bid at the Light-heavyweight title, Israel Adesanya will be returning to Middleweight once again and his next opponent will be drawn from one of few key matchups taking place in the division including the upcoming main event.

Who do you think takes victory in this short notice fight?